The New York State Department of Environmental Conservation (DEC) has fired back at Millennium Pipeline Co. LLC, asking FERC to deny a request to proceed with construction activities on the Valley Lateral Project, which would serve a natural gas-fired power plant under construction in the state. 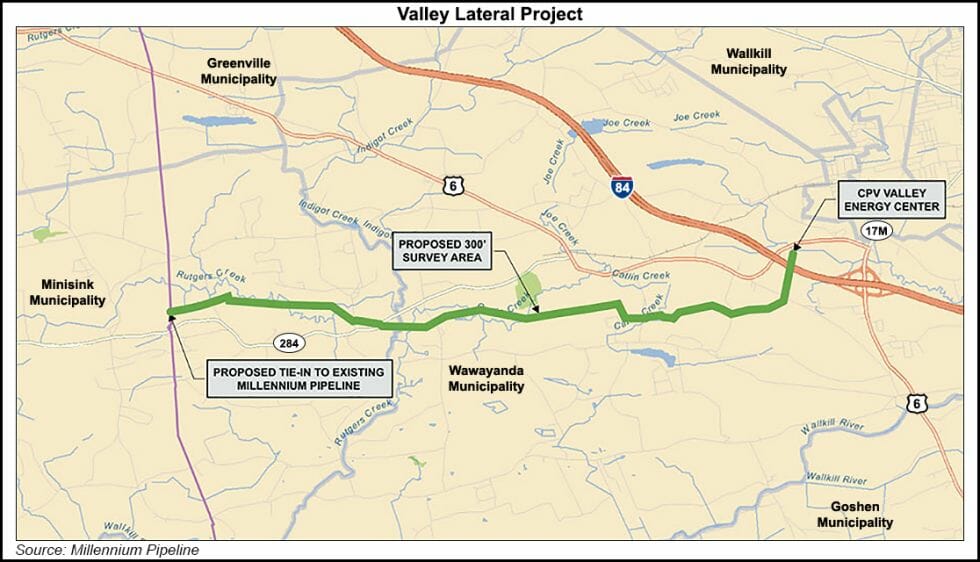 DEC wrote FERC this week to disagree with Millennium’s position that the agency waived its right to issue a Section 401 Water Quality Certification within the statutory timeframe of the U.S. Clean Water Act (CWA) after 19 months of review [CP16-17].

New York regulators argued in their filing that the Federal Energy Regulatory Commission’s certificate for the Valley Lateral is conditioned on the company obtaining all authorizations required under federal law, including the water certification that New York has authority to issue.

DEC also disagreed with Millennium’s assertion that the agency has not acted within the statutory timeframe. DEC said it has until August 30 to make a decision, one “it fully intends to make” after the current public comment period has closed. Millennium first filed for its water quality certification in November 2015, but was told by DEC that it was incomplete, forcing the company to resubmit information. DEC claims it has until Aug. 30 under the CWA because that would be one full year since it received a complete application.

The showdown between Millennium and New York could serve as a test for FERC if it handles similar disputes between the DEC and other pipeline project sponsors that are currently in litigation. After reviewing a petition to examine the permitting process, a federal court last month said a possible remedy for the long delay was in FERC’s jurisdiction and suggested Millennium could bypass the DEC and go directly to the Commission, which approved the Valley Lateral in November 2016.