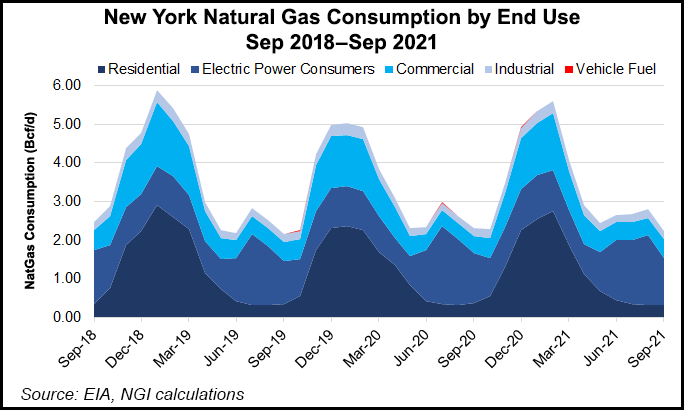 The New York City council voted in favor of the bill on Wednesday. It now goes to Mayor Bill De Blasio, a staunch supporter of the plan, for his signature. Commercial kitchens, laundromats and emergency power options would be exempt from the ban.

America’s biggest city now joins dozens of smaller municipalities to announce similar bans on new gas hookups, many of which are on the West Coast. In August, the California Energy Commission (CEC) proposed limiting the use of natural gas in new and remodeled buildings beginning in 2023. At least 40 California cities already have adopted building codes with CEC approval that limit gas hookups in new construction.

Other cities across the United States are adopting net zero goals that could phase out natural gas use too. In a vote last month, the Ithaca, NY, city council approved decarbonizing buildings.

A report from the Consumer Energy Alliance, whose membership includes hundreds of businesses and groups including BP plc, Enbridge Inc. and ExxonMobil, found that the ban could cost every New York City household at least $25,600.The Big Apple’s largest utility, Consolidated Edison Inc. (ConEd) distributes natural gas through 8,000 miles of pipes to 1.1 million customers throughout Manhattan, the Bronx, Queens and Westchester County.