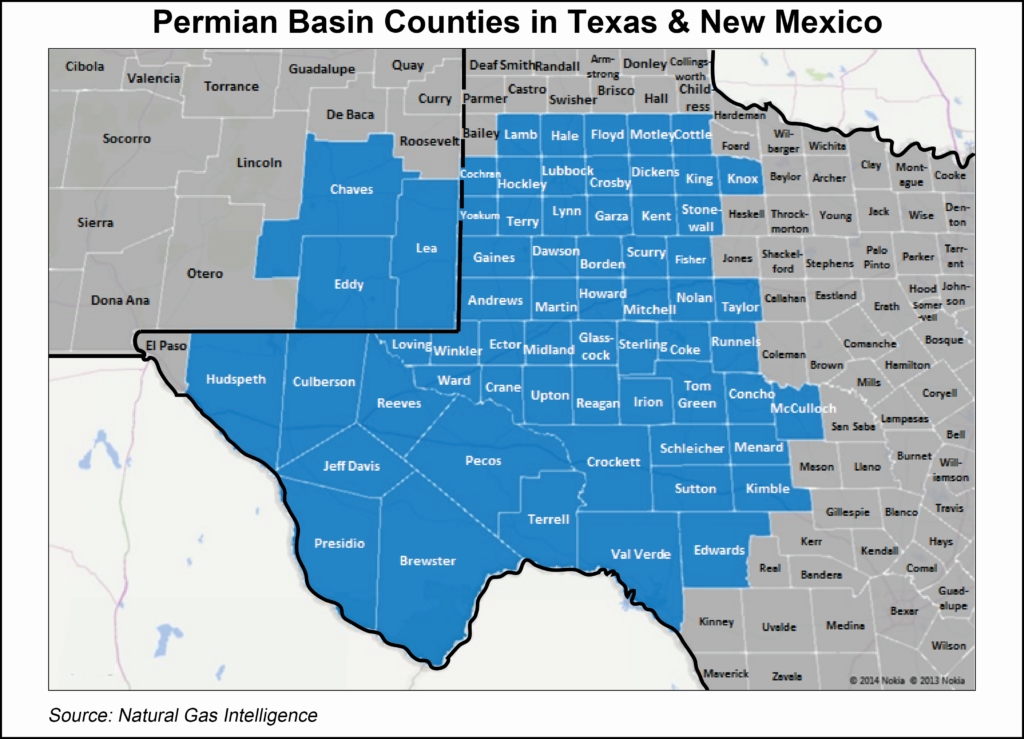 The Energy, Minerals and Natural Resources Department (EMNRD) unveiled what it called “New Mexico’s first comprehensive methane regulations,” which propose 98% natural gas capture from the oil and gas industry by the end of 2026.

“The framework allows for innovation and flexibility in reducing methane waste, a key point that was heard throughout the robust stakeholder process, while addressing the critical issue of climate change,” EMNRD said Monday. The draft would be available for public review and comment, with public meetings to discuss the proposal.

The proposal is broken into two phases. The first initiates “robust data collection and reporting requirements” in order to “identify methane venting at every stage of the oil and gas value chain, a feature unique to New Mexico’s draft rule,” authorities said.

Starting from the levels of methane waste identified in phase one, each operator must reduce methane emissions by a fixed amount each year in order to reach the 98% capture rate by the end of 2026.

Methane is a highly potent greenhouse gas responsible for about one-fourth of current global warming, according to the Environmental Defense Fund (EDF).

The draft rules apply to upstream and midstream operations. They would provide design standards for pipelines, allow operators flexibility to find the best mechanism for reducing methane emissions, incentivize detection and fixing of leaks, and authorize enforcement action if gas capture targets are not met.

OCD Director Adrienne Sandoval said, “The draft rules lay out an achievable but ambitious timeline and leave room for innovation in the oil and gas industry, incorporating key feedback received throughout the process.”

Concurrent with the release of the EMNRD draft rules, the New Mexico Environment Department (NMED) unveiled another set of draft rules targeting oil and gas equipment that emit volatile organic compounds (VOC) and oxides of nitrogen (NOx), with a co-benefit of reducing methane emissions.

NMED and EMNRD “worked closely together throughout the process to ensure the draft rules are complementary and do not result in redundant or conflicting requirements,” NMED said.

The two departments plan to co-host a virtual public hearing on the draft rules on Aug. 6. The informal public comment period on the NMED rules is through Aug. 20.

The New Mexico Oil and Gas Association said Monday its members “are committed to reducing methane emissions while providing a sustainable source of energy. As the state’s rulemakings move ahead, we will continue to collaborate with both agencies by sharing our technical and scientific expertise.

“These rules should build upon the innovative solutions that make New Mexico and the United States the global leader in safe and environmentally responsible energy production.”

Gov. Michelle Lujan Grisham in 2019 issued an executive order (EO) mandating a series of goals and actions on climate change for New Mexico. It included reducing statewide greenhouse gas emissions by at least 45% by 2030 versus 2005 levels.

EDF said oil and gas operators in New Mexico emit more than 1 million tons of methane annually. It cited research suggesting that companies in parts of the Permian Basin release the gas at three times the national rate.