New Mexico’s oil and natural gas industry could attract as much as $174 billion in infrastructure investments through 2030 as its share of the Permian Basin continues to expand, according to an industry-backed study. 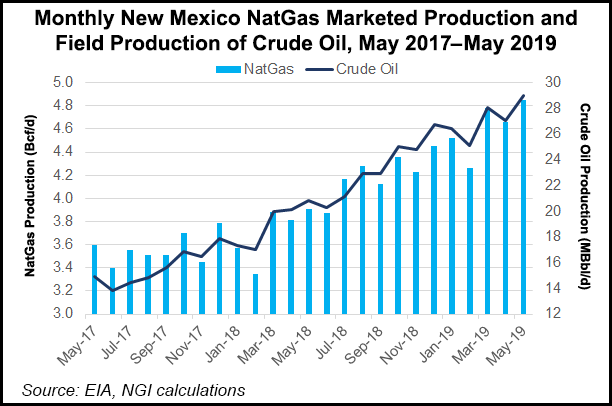 Global consulting firm ICF on Tuesday said alongside policies to support and promote the energy industry, investments could expand the combined value of oil and natural gas production by 323%. ICF’s study was prepared at the request of the New Mexico Oil and Gas Association (NMOGA) and the American Petroleum Institute.

“We have enormous potential to grow and transform the future of our state over the next several years, and increased investment in New Mexico’s vital energy infrastructure is critical to the short- and long-term success of our great state,” said NMOGA’s Ryan Flynn, executive director. “Billions of dollars in economic impact, tens of thousands of jobs and reliable, affordable energy are all on the line.

“Most importantly, we have the chance to put New Mexico on a path toward remarkable prosperity and grow in a transformative way that lifts the trajectory of all New Mexicans. We should take advantage of these opportunities and put the policies in place to make the potential possible.”

The oil and natural gas industry contributed an estimated $13.5 billion to New Mexico’s gross domestic product (GDP) in 2017, representing 14% of the overall GDP. It could increase to as much as $60 billion by 2030, or 45% of GDP, ICF noted.

Industry contribution to state and local governments could be as high as $8 billion annually by 2030 under ICF’s base case scenario.

“New Mexico is well positioned to be a magnet for investment and a national leader in economic growth,” Flynn said. “New infrastructure also helps us meet our environmental objectives and continue the trends we’ve seen in decreasing methane emissions. Additional investments in new technology will allow us to increase production while reducing the footprint of operations and protecting our lands, water and air.”

Gov. Michelle Lujan Grisham has envisioned a goal to switch to 100% carbon-free energy use in the coming decades. In an executive order issued earlier this year, the governor set in motion a war on methane, directing a climate change panel to come up with an enforceable regulatory framework.