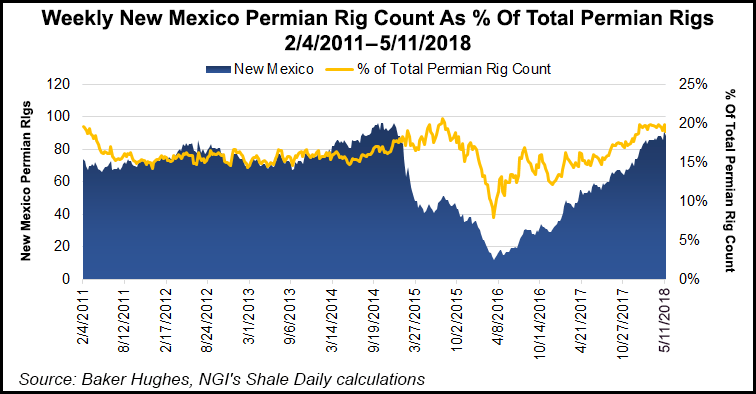 Dunn has been predicting record proceeds this FY. The state has already topped its previous record of $101.9 million in FY 2012, even with one more sale still scheduled for next month.

He reiterated the importance of the boom for the State Land Office (SLO) and its beneficiaries, principally public education programs, while touting New Mexico as a global “hotspot” for oil production.

In May, Dunn said he offered nine tracts covering 2,550 acres in Lea, Eddy and Chaves counties, drawing total high bids of about $5.5 million from five bidders for an average price of $2,152/acre. A total of 23 bidders from seven states registered for the May sale, he said.

For the last full FY (2016-17), 55.5 million bbl of oil were extracted from state trust lands, according to Dunn, representing 25% of the state’s oil production for the period.

“With 92% of this agency’s revenues derived from oil and gas, it should be crystal clear to everyone how vitally important these resources are to education in New Mexico,” Dunn said. “With continued responsible management of state trust lands, the future for New Mexico’s schoolchildren looks very bright indeed.”