New Mexico’s oil and natural gas operators would be required to capture 98% of their gas waste by the end of 2026 under rules that took effect Tuesday. 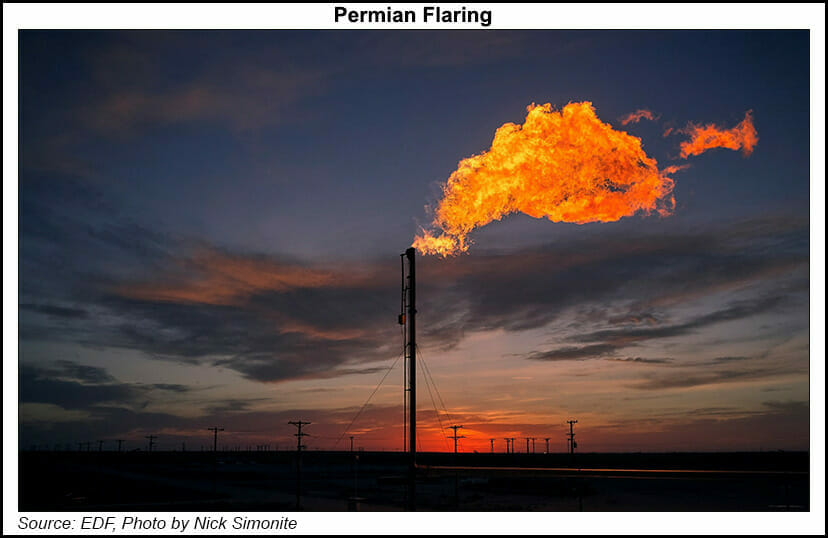 The state, home to a prized portion of the Permian Basin as well as the San Juan Basin, now has the “nation’s strongest gas capture requirements in the country,” said OCD director Adrienne Sandoval.

“We look forward to continuing to work with our stakeholders as we implement these rules that will help New Mexico meet our ambitious climate goals and foster innovation in the oil and gas industry.”

The first phase of the rulemaking begins in October, requiring “robust data collection and reporting to identify natural gas loss at every stage of the process.”

Information gathered during the first phase would drive Phase 2, said officials. The second phase requires upstream and midstream operators, including pipelines, to attain a “higher level of natural gas capture each year, culminating in 98% natural gas capture by the end of 2026.”

Operators would be required to report natural gas losses from oil and gas production and midstream operations. They also would be prohibited from “routine” venting and flaring.

In addition, OCD would have the ability to deny drilling permits to companies that do not achieve gas capture targets.

“Collectively,” said officials, “these changes will meaningfully reduce waste, while encouraging innovation in the industry.”

Gov. Michelle Lujan Grisham has championed the changes, with reducing gas waste and eliminating leaks a priority since she was elected. In 2019, the Democrat issued an executive order to address climate change and prevent waste, such as gas flaring. At that time, she called on regulators to craft rules to limit venting and flaring, as well as to increase reporting requirements.

Other states also are working to reduce flaring and venting, including Texas, home to the most oil and gas production in the country. North Dakota, home to a big portion of the Bakken Shale, in March set a new high of 94% for gas capture, up 2% from February.