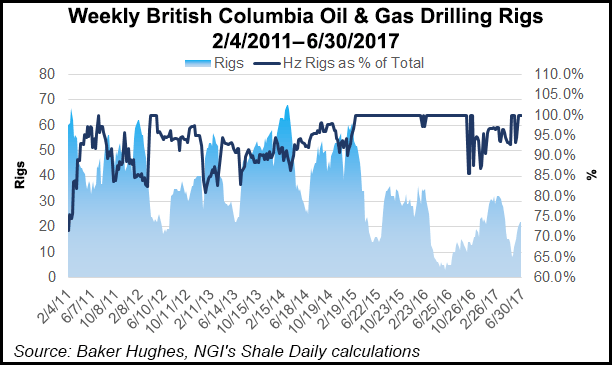 The upset was the second act in a political drama that opened with a near-tie in a May 29 provincial election. Voters put 41 New Democrats and three Greens in the legislature, cutting down the Liberals to a 43-seat minority awaiting swift parliamentary defeat and exile to the opposition benches.

ARC Resources president Myron Stadnyk added that a BC committee in the Canadian Association of Petroleum Producers (CAPP) has worked for years on building bridges to all sides in the province’s fractured, unstable political scene.

Results cited by Stadnyk include creation of the British Columbia Oil and Gas Commission in 1998 by the last NDP government. The industry governance innovation did away with a notoriously complicated and slow development approval process by following a blueprint for an efficient single-agency regulatory regime. Provincial cabinet and CAPP representatives co-operated on drafting the plan.

Horgan’s short list of urgent issues made no mention of environmental opposition to horizontal drilling and hydraulic fracturing, the hotly contested technology currently used in virtually every new BC gas and liquids-byproduct well.

BC New Democrats — and especially the legislature allies that boosted them into power, the Greens — made election platform commitments to fight the oil sands pipeline and take a hard look at shale gas fracking, eventually. But no elaboration was made on how or when the brief written pledges might translate into actions against a federally regulated pipeline project or affecting an emerging provincial economic mainstay.

While the political right continues to emphasize the NDP’s legacy socialist tinge, Kelt Exploration president David Wilson said that for practical purposes industry fear of the party has moderated. “It’s not like these guys are new to the game [of separating campaign rhetoric from governing].”

“I’ve been working in BC for 40 years,” said Painted Pony president Pat Ward. “The NDP always treated the industry really well. The NDP in BC is about jobs and education.” Shale drilling stands out as a strong addition to more troubled provincial economic mainstays in forest products and mineral mining, Ward added.

Anxiety over the NDP’s 2015 Alberta election victory swiftly diminished after a quick provincial royalty review ended by increasing the sensitivity of sliding-scale rates to industry costs. “We ended up with the best royalty regime we ever had in Alberta,” said Wilson. He urged nervous investment analysts to keep calm amid the rising NDP tide: “Sit back and see what actually happens.”