A small-scale liquefied natural gas (LNG) export terminal proposed for New Jersey has cleared another regulatory hurdle after the Delaware River Basin Commission (DRBC) this week voted to uphold a decision approving a key part of the project. 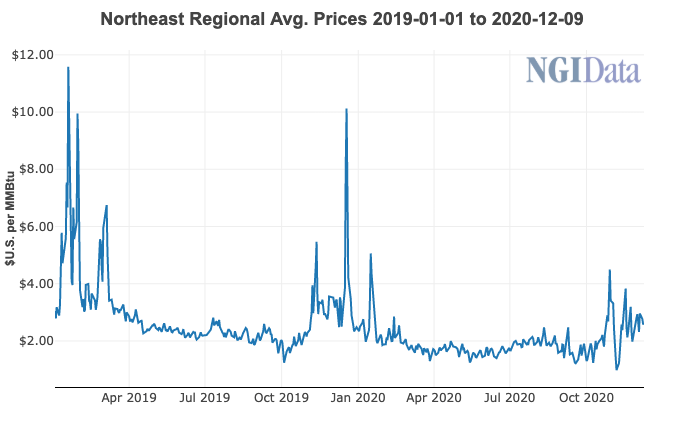 DRBC, a quasi-regulatory agency involving four states and the U.S. government that oversees the Delaware River watershed, voted 4-0 to uphold its approval last year to build a second dock to load LNG tankers at the proposed Gibbstown Logistics Center. The facility is being developed by an affiliate of New Fortress Energy LLC.

Delaware, New Jersey, Pennsylvania and the U.S. Army Corps of Engineers, which represents the federal government, voted to uphold the decision. A representative from New York abstained after the state’s effort to delay the vote failed.

The DRBC said there was sufficient information to conclude that the second dock wouldn’t significantly conflict with policies to best develop and use the basin’s water resources.

The commission agreed last year to reconsider its approval for the second dock after the Delaware Riverkeeper Network filed a request for rehearing. After a hearing in May, DRBC hearing officer John Kelly said a study determined there was no need to rescind approval.

The DRBC has jurisdiction over river dredging and the dock structures only. While NFE affiliate Delaware River Partners LLC has other federal and state approvals, it could not move ahead without DRBC approval.

DRBC’s initial authorization covered only plans to export liquefied petroleum gas (LPG) from one dock. Environmental groups have opposed the project, arguing that it wasn’t made clear that the expansion approved last year would include a second dock for LNG exports.

“This is the worst decision the commission has ever made,” said New Jersey Sierra Club director Jeff Tittel. “Their decision is outrageous and dangerous.” Environmental groups vowed to appeal the decision in federal court.

New Fortress has released few details about the logistics center, but regulatory filings indicate it would have an LNG export capacity of 1.5 million metric tons/year and the ability to export 9.6 million bbl/year of LPG. The terminal could also handle other freight such as cars and bulk cargo.

The port is being developed on the site of a former dynamite factory that was closed more than 20 years ago and has been touted by local officials for needed economic development. Delaware River Partners said after the vote on Wednesday the DRBC’s decision would allow it to move ahead with investment and job creation.

NFE has a small-scale liquefaction project under development in Northeast Pennsylvania. LNG would be moved from those plants in the heart of the Marcellus Shale to the Delaware River facility by truck and rail for distribution to NFE import terminals. The company is focused on introducing LNG in markets that lack access to the fuel, such as those in the Caribbean.

Delaware River Partners would still need other approvals before moving ahead, including a green light on dredging plans from New Jersey regulators.