Carbon capture and sequestration (CCS) is an increasingly attractive option for utilities seeking to decarbonize their operations, and its value will only increase over the coming years, according to the Brattle Group consultancy. 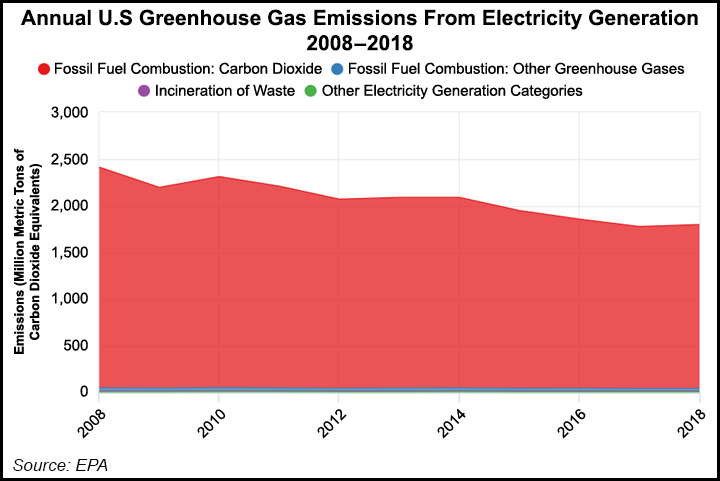 “The recent expansion of U.S. federal tax credits (45Q), which provide $35 or $50/ton of emissions sequestered depending on the storage location, combined with the possibility for enhanced oil recovery (EOR) revenues in some locations, have created a material new incentive for CCS,” said the report’s authors, who were led by Frank C. Graves and Kasparas Spokas.

“In the future, the economics of CCS are likely to become more favorable, as the value of emission-free dispatchable energy in deeply decarbonized systems, which CCS can provide, is likely to be very large,” the Brattle team said.

They found that the value of CCS for utilities “will increase because, as renewable penetration becomes material, the marginal costs of decarbonization with only wind, solar, and battery storage can become very high. CCS may also help supply decarbonization in settings where renewables are not as abundantly available.

“Therefore, the study authors suggest that utilities should start to consider CCS in their planning, anticipate the tradeoffs of CCS with other emerging technologies, and lay the long-run foundation for this technology.”

Many of the largest U.S. natural gas and power utilities, and a growing number of state and local governments, have announced their ambition to achieve net zero or near net zero carbon dioxide (CO2) emissions over the next 25-30 years.

U.S. oil and gas majors such as ExxonMobil and Chevron Corp. have been eyeing carbon capture opportunities as well.

“Utilities should shift their perspective of CCS as a ‘retrofit technology’ to a technology that is a valuable option in a long-range solution set to reduce costs and improve the reliability of achieving a very clean grid,” said Spokas.

Researchers found that retrofitting a fairly efficient coal plant with currently available CCS technology “can add little or no incremental operating cost to the owner with these tax benefits, EOR revenues, and moderate emission allowance pricing. Retrofitting may also provide other benefits — such as job preservation and dispatchable clean power — that are difficult for renewables to match.”

McGarvey said last month that while construction workers in the energy sector view jobs in the renewables segment as less plentiful and lucrative than oil and gas jobs, “there is a tremendous amount of really good paying jobs that we think will be associated when we get [carbon capture] technology created, beta tested and deployed.”

The Brattle team found that “the amount and timing of when CCS becomes cost-effective will depend on the renewable resources in the power system’s region, opportunities to sell or sequester CO2, the cost of alternative technologies (including emerging technologies such as the Allam Cycle), and the degree of decarbonization desired.”

The Allam Cycle is “a novel natural gas plant design that can theoretically capture 100% of emissions while being cost and efficiency-competitive with advanced natural gas plants that have no carbon capture capability,” according to the Atlantic Council Global Energy Center’s David Yellen, project assistant.