As part of an initiative to ensure hydrogen plays a role in the U.S. energy transition, a coalition of 11 companies has united to form Hydrogen Forward. 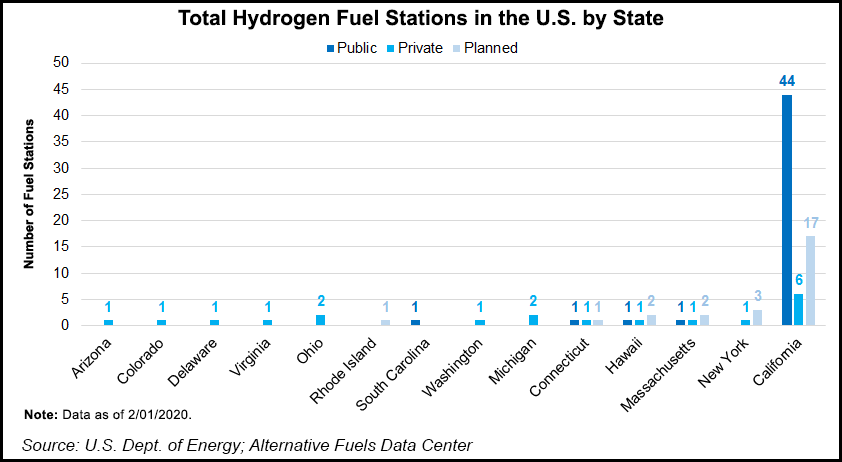 Hydrogen has a low-carbon footprint, the coalition said. It “can help decarbonize large segments of the economy, including shipping and transportation, power generation, refining, steelmaking, chemical production, mining, manufacturing and other industries.”

Shell currently has five hydrogen projects across Germany, the Netherlands, and China. Meanwhile Air Liquide, along with Cummins, recently completed construction on the largest hydrogen production operating unit in the world to meet growing demand for hydrogen in North America.

However, lack of systemic policy support for hydrogen could derail certain efforts in the United States, according to the coalition. While Europe and Asia have already committed billions of dollars in investments, it said the United States is the only major market falling short of a national hydrogen strategy.

“Chart Industries has been producing hydrogen-related equipment for over 50 years, and we are continuing to discover its many applications as a safe, reliable and versatile fuel,” said Chart CEO Jillian Evanko. “We believe hydrogen will be a key part of the clean energy transition, and our products make it possible for hydrogen to be used in delivery trucks, forklifts, cars, power generation and even aerospace.”