Liberal governments in charge of two Canadian provinces are taking two different paths on the issue of hydraulic fracturing (fracking), with New Brunswick announcing it would continue a moratorium against the practice for at least another year and Ontario declining to enact a similar ban. 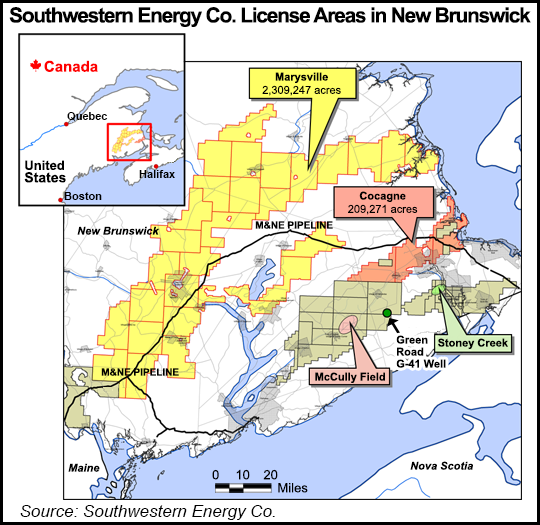 Last Tuesday, New Brunswick’s Energy and Mines Ministry said it appointed a three-member commission to study fracking and determine whether it can be performed to the government’s standards. The ministry said the moratorium, enacted in December, would not be lifted until five criteria are met.

According to the ministry, the first requirement calls for oil and gas companies interested in exploring the province to have “social license,” a term that essentially means the companies have earned the public’s trust in keeping them safe. The remaining four criteria call for:

“Our government is focused on diversifying our economy in order to create jobs,” said Energy and Mines Minister Donald Arseneault. “That includes the responsible development of our natural resource and energy projects. It is responsible and prudent to do our due diligence and get more information regarding fracking.”

The Commission on Hydraulic Fracturing will be chaired by Guy Richard, a former chief justice of the New Brunswick Court of Queen’s Bench. The panel’s two deputy commissioners will be John McLaughlin, a former president of the University of New Brunswick, and Cheryl Robertson, a former board chair at New Brunswick Community College.

“I am confident in the ability of the members of this commission to lead this important work for the benefit of all New Brunswickers,” Arseneault said. “I thank them for taking on this task that will give us more information about this industry and its impact on people’s health, water and the environment through evidence-based research.”

The prospects for shale development in New Brunswick were dealt a setback last September after voters returned the Liberal party to power and turned out the pro-shale Progressive Conservatives (see Shale Daily, Sept. 24, 2014).

In 2010, Southwestern Energy Co. was awarded an exclusive license to conduct a three-year exploration program on 2.5 million net acres in New Brunswick by the Energy and Mines Ministry. In exchange, the company was required to invest C$47 million in the province by March 31, 2015.

New Brunswick is home to the prospective Frederick Brook Shale, an emerging play that lies beneath the Hiram Brook tight gas sands in both the Sussex and Elgin sub-basins (see Shale Daily, Dec. 7, 2010).

Meanwhile, Peter Tabuns — a member of the New Democratic Party (NDP) representing the Danforth district of Toronto — told the Legislative Assembly of Ontario on Thursday that he had tabled a bill the day before calling for a ban on fracking. But he said Bill Mauro, the province’s minister of Natural Resources and Forestry, said the Liberal government in power in Ontario would not support his bill.

“While no fracking is taking place at the moment in Ontario, several energy firms have previously bought land rights in southwestern Ontario and have expressed interest in shale gas fracking,” Tabuns said. “In 2012, the environmental commissioner warned that fracking was essentially unregulated in Ontario, and without rules, Ontario’s water supply would be at grave risk.

“Despite the lack of environmental regulations, the government has rushed ahead to declare that a ban is unnecessary — no debate. It makes no sense for the government [not] to impose a ban simply on the grounds that fracking is not happening at the moment. After all, coal-fired electricity plants are not in operation at the moment, but that has not stopped the government from tabling a bill to ban them.”

Mauro concurred that fracking was currently not taking place in Ontario. He added that if an oil and gas company wanted to perform fracking, it would need to acquire a license from his ministry under the Oil, Gas and Salt Resources Act.

“There was a question…on the issue about fracking back in December or earlier than that,” Mauro said. “I think at that point I was pretty clear in terms of our position on it, and that is that it would have required legislative change before we would have gone forward with anything in this particular regard…

“I want to stress that protecting our environment and water is a top priority for our government…No fracking is occurring now; no applications are in front of me for a decision at this time. A legislative change would be required before we would consider moving forward with fracking in the province of Ontario.”