North Dakota has joined Wyoming in an effort to roll back the newly finalized hydraulic fracturing (fracking) rules for federal and Native American lands. 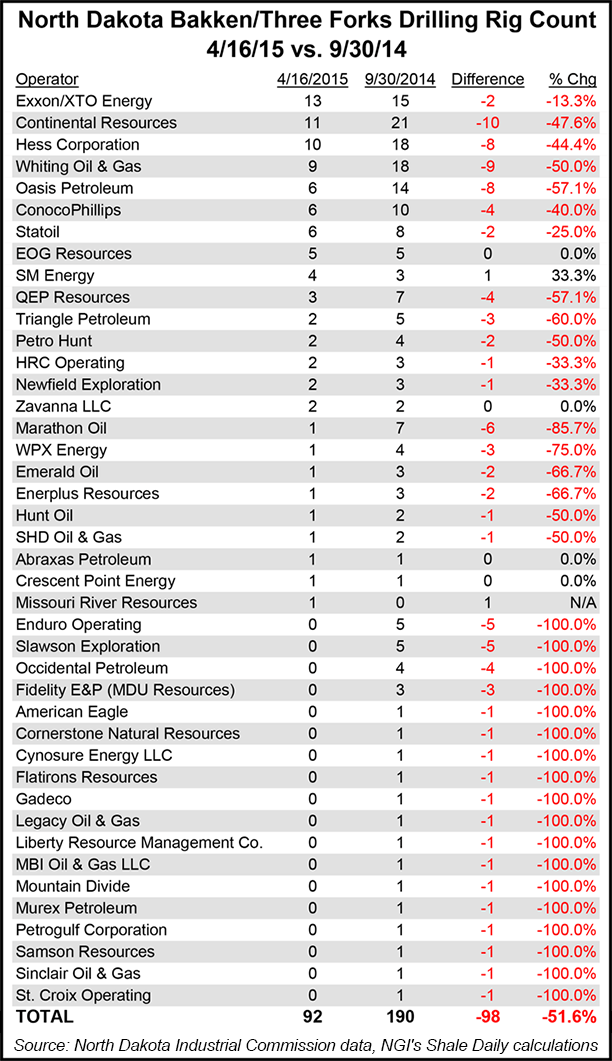 Lynn Helms, who directs the North Dakota Department of Mineral Resources (DMR), said Tuesday that unless the two states obtain a court injunction the rules would take effect June 26.

The joint Wyoming-North Dakota lawsuit requests a temporary injunction against implementing the fracking rules finalized in March by the Bureau of Land Management (BLM) (see Shale Daily,March 26). Two years ago, Helms predicted that BLM rules were a certainty (see Shale Daily, Aug.19, 2013). An injunction would prevent the rules from taking effect until the issues raised by the states could be addressed in the courts, he said.

During a monthly production report webinar, Helms also discussed three state bills aimed at revising oil and gas regulations. The state is slated to get eight new inspector positions to enforce the rules.

The proposals “are modeled largely after programs in Texas, Kansas and Oklahoma that are pretty successful, particularly regarding the ESA impacts,” Helms said.

“The one on the governor’s desk establishes a mediation program in the state Agriculture Department for resolving pipeline rights-of-way issues,” Helms said. DMR oversees the funding.

“Two years ago the legislature took a baby step into regulating these pipelines with requirements for reporting their locations and other aspects to the state Industrial Commission and allowing the commission to adopt some pretty basic rules,” Helms said. “This now is going to increase the oversight of gathering pipelines substantially — inspections, engineering design submittals, monitoring systems and use of new technologies for leak detection. All in all, these new laws are tapping the state’s abandoned well/wellsite restoration funds for $4.3 million for pipeline regulation and studies.”

The third bill, HB 1390, provides for an oilfield waste recycling program, similar to one in Texas, that establishes a two-year period for companies to create drill-cuttings recycling programs.

Helms called the bills “three very big pieces of legislation with very new ideas and concepts for North Dakota. It’s an enormous change [for pipelines] from the way it has been. The way things were before, a pipeline was built, put into service and the operator had 180 days to tell us what they built.”

He said there may be delays in implementing some of the new rules, such as requirements for leak detection equipment, etc., and additional legislation could be required next year.

The active rig count in the North Dakota portion of the Bakken Shale is down more than 50% since the end of September, falling from 190 rigs to just 92 as of April 16. Among the traditionally more active drillers in the play, Continental Resources, Hess, Oasis Petroleum and Whiting Petroleum each have dropped eight to 10 rigs during that time, while Marathon Petroleum has idled six of its seven rigs. Meanwhile, EOG Resources is holding steady at five rigs, and Statoil is down just two, moving from eight to six.