Natural gas use is set to grow in Ontario with boosts from both the provincial government and industrial demand. 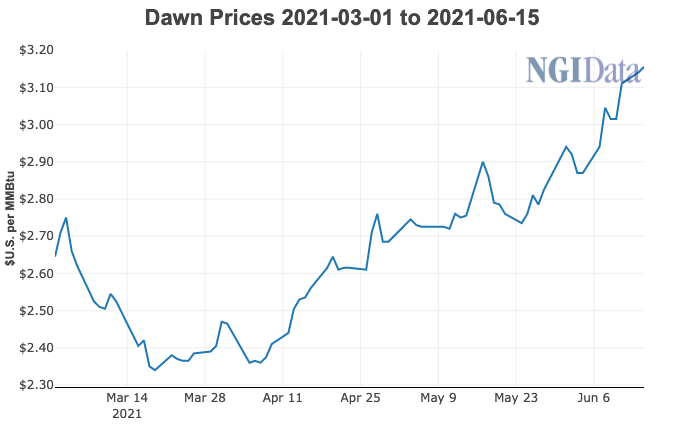 The government recently announced it would allocate more than C$234 million ($191 million) to add 43 rural, northern and native communities to the distribution network in Canada’s most populated province. It authorized 28 projects to connect the new customers, 27 of which are operated by Enbridge Gas Distribution, the top Canadian firm in its field.

“Expanding access to natural gas will continue to play a critical role in North America’s energy future,” predicted Enbridge. The Calgary-based pipeline and utility conglomerate vowed to be “a leader in the energy transition” by using hydrogen and biologically generated renewable natural gas.

The 28th project is run by Alberta-based EPCOR Utilities Inc.

The government-authorized projects fit into a growth plan created by the 2018 Ontario Access to Natural Gas Act. The legislation enables communities to work with the distribution network on qualifying for service expansion assistance.

The projects come from a C$2.6 billion ($2 billion) lineup of 210 candidates, compiled by the Ontario Energy Board (OEB), to fill gas grid gaps across the 354,342 square-mile province, a jurisdiction 32% bigger than Texas.

By cutting carbon emissions through replacing oil and propane with gas, the OEB estimates Ontario consumers would save C$25.9 million ($20.7 million)/year if all 210 projects waiting in its lineup were built for their potential 44,000 customers.

“Our partnership with Certarus will ensure we have a reliable flow of low-carbon natural gas to fuel our growth going forward,” said EACOM president Kevin Edgson in the announcement of the supply deal.

“We are focusing on improving the sustainability of our business, and that includes making smarter choices about the fuels we use to produce our products,” said David Redfern, chief executive officer of Lafarge’s eastern Canadian arm.

The Ontario Energy Association has praised the gas access policy in a paper on adapting to national environmental goals, titled Net Zero 2050. “The program has been very popular and well received with communities that previously did not have access to natural gas,” the Association said.

The group predicts, “Ontario is going to need its natural gas system for some time, and the ability to leverage this infrastructure to cost-effectively decarbonize Ontario’s energy sector” with emissions-cutting initiatives such as hydrogen blend fuel.