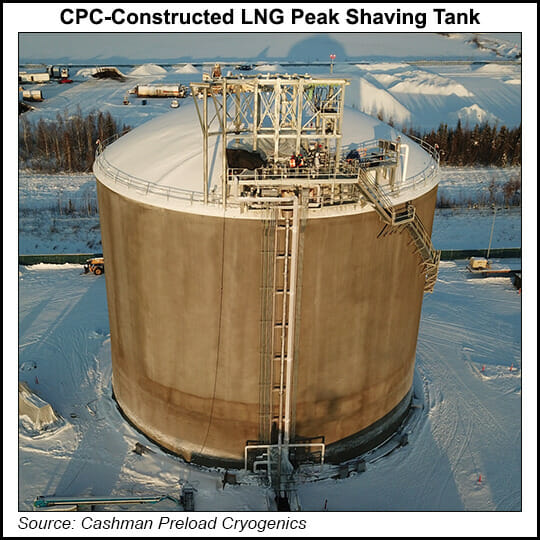 “It’s your business model to get a rate of return on the steel that you invested in the ground,” he said. “And that’s always been the case.”

Tounge noted, however, that his company in recent years has observed the LDC sector’s mindset evolving on the issue of taking on partners to jointly develop projects.

LDCs are “telling us that, due to recent attempts to build projects and lack of success…expanding their infrastructure, they’re willing to let a third party come in and be the lead…in the project to the production process,” he said.

The LDC still needs to go through regulatory approvals if it takes on a co-development partner early on and throughout the process, Tounge and CPC’s Eric Reaman, president, told NGI. However, they said the arrangement allows the LDC to focus on its core business while the co-developer oversees public relations, communications, stakeholder engagement and permitting.

According to CPC, the change in attitude is being driven by a number of factors, including regulatory pressure to provide reliable gas supplies affordably and in a manner consistent with decarbonization and energy transition objectives; more opposition to greenfield projects and longer approval processes; and limited internal resources to carry proposals through permitting, approvals and construction.

Tounge said CPC is “seeing market conditions and trends that are shifting and opening up opportunities for LDCs and private developers to team up to find ways to build new infrastructure and the infrastructure we need to move into the energy transition.”

For instance, he said that CPC, based near Boston, is currently co-developing liquefied natural gas (LNG) and hydrogen projects in the Northeast with LDCs and other third parties. The partners were not identified.

Out of CPC’s three joint projects, the one furthest along is an LNG peak shaving complex that would develop a 1.5-2 Bcf LNG storage, liquefaction and vaporization facility. Tounge noted it is in the development phase, meaning that the site has been selected, commercial agreements are being finalized and the pre-front-end engineering and design work is done.

Reaman and Tounge told NGI that LNG peak shaving facilities will be key to the energy transition, supplying the natural gas grid and providing a backstop to intermittent renewable power generation. Moreover, they said LNG can be decarbonized further by introducing renewable natural gas (RNG) and hydrogen supplies.

CPC’s other two potential joint developments include an LNG marine bunkering project and a hydrogen storage pilot project. The company noted those projects are in the origination phase – site selection and evaluations of commercial and technical feasibility.

Reaman and Tounge said that CPC, even if it holds a minority stake, would anticipate a long-term role in the projects as co-owners or operators.

Although the initial proposed projects are in CPC’s Northeast home base, Reaman and Tounge said their co-development model for LNG projects could be duplicated in the Southeast, along the Gulf Coast, and elsewhere in the United States.

New Business for Some LDCs?

“Natural gas is still essential and LDCs must be sure they can deliver,” he said. “And given that natural gas is growing as a part of the energy fuel mix, LDCs need to ensure they are not falling behind in terms of capacity.”

He added that a trend likely to continue is the growing pressure on LDCs to integrate RNG and green-certified natural gas into their supplies.

“It is also useful to understand that the specific technical skill set within the LDC cohort lends itself to some of the energy transition themes like carbon capture and storage and hydrogen,” he said.

McNulty noted the prospect of more U.S. LNG exports going to Europe, driven by the region’s desire to wean itself off Russian gas, could mean new business opportunities for some LDCs.

“Larger LDCs can and will participate in moving gas into the core LNG locations and export nodes,” he said. “This will grow as rapidly as it can physically, due to the need to get natural gas into Europe and Asia to offset coal power generation.”

McNulty also predicted that capital flows into the natural gas business will grow and accelerate, creating direct and indirect benefits for the LDC segment.

“”We are now entering the golden age of natural gas,” he concluded.