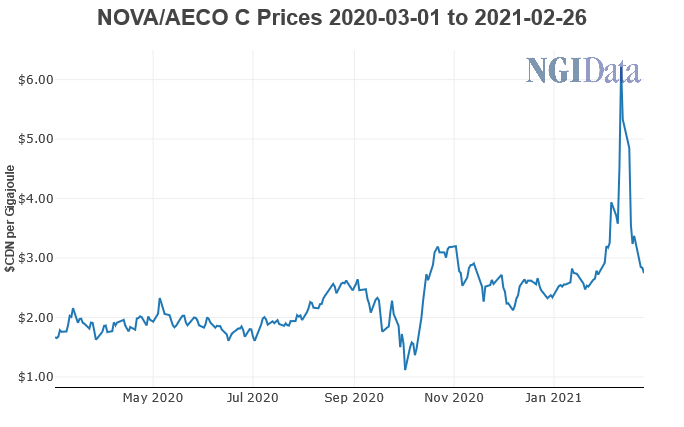 By Jan. 20, when President Biden kept his campaign promise to scrap the KXL permit granted by the former administration, Toews disclosed that the province spent C$1.276 billion ($957 million) on building its Canadian legs.

The loss included C$384 million ($288 million) on Alberta government part-ownership of the 830,000 b/d project and C$892 million ($669 million) through a loan guarantee given to lead sponsor TC Energy Corp.

“Currently the government of Alberta is working with TC Energy to explore all options to advance the project and is strongly encouraging the government of Canada to do the same,” according to the provincial budget.

Canadian Prime Minister Justin Trudeau has committed to collaborate with Biden on climate change policy that killed KXL. The provincial budget said, “If KXL does not proceed, the Alberta government will explore all options to recoup the investment.”

While Trans Mountain Pipeline and Enbridge Line 3 expansions under construction would add nearly 1 million b/d to Alberta oil exports by 2022, natural gas is forecast to stage only a modest recovery by the mid-2020s.

The Alberta Reference Price (ARP), a weighted average of production for all Canadian and U.S. destinations, is improving but only compared to severe recent slumps.

The Alberta government forecast shows gas prices retreating slightly after this year, back to C$2.40 ($1.90) by 2023 as abundant supplies continue to make North American and international markets competitive.

“U.S. natural gas production is expected to more than keep pace with demand growth from U.S. natural gas exports, industrial demand and retirement of coal-fired electricity plants over the medium term,” according to the provincial budget.

As owner of the province’s gas resource rights the Alberta government is the biggest single loser from low prices. Gas royalties, formerly the province’s top revenue source, are forecast to total only C$467 million ($350 million) this year – down by 95% from their peak at C$8.4 billion ($6.3 billion) in 2005, when the ARP averaged C$8.30 ($6.22).