The Energy Information Administration (EIA) on Thursday reported a slightly larger-than-expected 163 Bcf withdrawal from U.S. natural gas stocks, prompting only a modest reaction from a futures market focused on the impact of upcoming polar vortex-influenced cold. 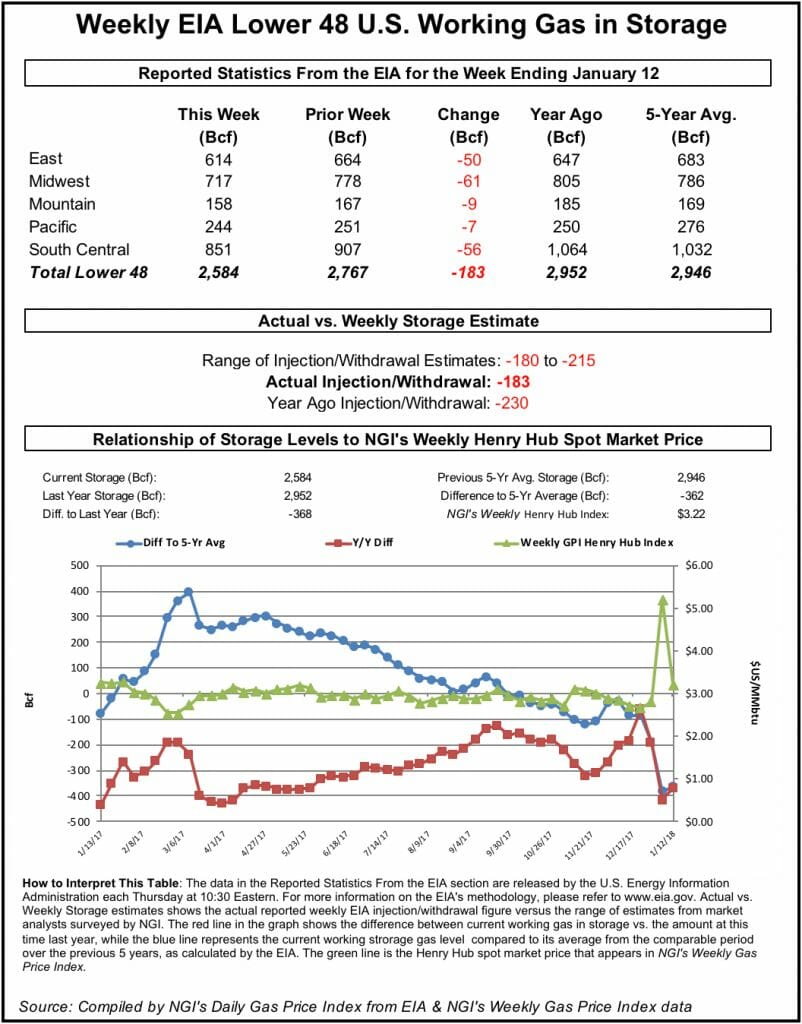 The 163 Bcf withdrawal, recorded for the week ended Jan. 18, falls on the bullish side of major surveys but is bearish versus the five-year average 185 Bcf pull and the 273 Bcf withdrawal EIA recorded in the year-ago period

“February gas prices are not particularly impressed with this number, but with cold weather only confined to the East on the week and a large draw both in the Midwest and in the South Central we see this print as indicating significant upside risk on any return of colder weather into the middle of February,” Bespoke Weather Services said.

“With a colder February our end-of-draw expectations have dipped below 1.2 Tcf and can fall further if forecasts cool more than expected; we of course need cold risks on model guidance to rally, but we expect those to build over the coming week and support prices.”