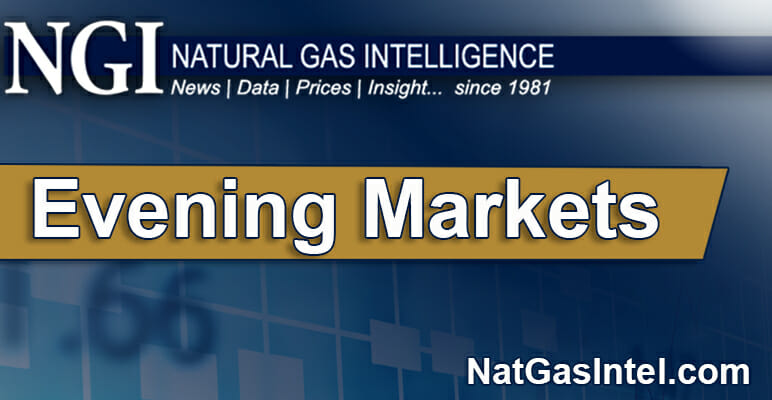 After spiking about 15 cents in morning trading, the February Nymex gas futures contract gave back much of the gains in the afternoon following midday weather runs that showed lighter intensity in the coming cold. When the dust cleared, however, the prompt month was up six-tenths of a cent day/day and settled at $2.753. March rose four-tenths of a cent to $2.707.

While the American weather model was colder than the European, both early Tuesday called for a heavy dose of cold by late next week. Meteorologists were forecasting a pattern akin to what became known as the 2014 polar vortex. It sent widespread blasts of freezing air from the North Pole across much of the Northern Hemisphere. A repeat in late January could result in frigid air blanketing North America, Asia and Europe, fueling stronger domestic demand and continued robust demand for U.S. LNG.

NatGasWeather said prices were boosted early by the “hype of cold now for Jan. 23-26.” Major models in the afternoon, however, showed “not quite as cold air into Western Canada, thereby pushing less impressive subfreezing air into the U.S. as well” in late January… “Of course, the data could flip back colder overnight and will be watched very closely by market participants.”

Despite evolving views on its intensity and breadth, a looming chill is likely to develop in the western and central United States by late in the month, forecasters said, and this type of pattern historically has proven capable of driving Arctic cold across the East and as far south as Texas.

Freezing conditions have already settled across parts of Asia and Europe, driving up heating fuel needs. U.S. LNG volumes fell below 10 Bcf on Tuesday for the first time this year, LNG data show, reflecting temporary delivery interruptions. But export demand is expected to climb back above 11 Bcf this winter, a level at which it hovered for several days last week.

Analysts at Tudor, Pickering, Holt & Co. (TPH) said that strong demand from Asia and Europe is expected to continue deep into 2021, cutting into U.S. stockpiles through the third quarter. That could push the market into undersupply and force up prices substantially.

LNG market tightness “is sending shockwaves around the world,” the TPH analyst said Tuesday. The “aftershocks are expected to drive U.S. prices north of $3.25/MMBtu this summer and $3.50/MMBtu by year-end.”

In its latest Short-Term Energy Outlook, also released Tuesday, the U.S. Energy Information Administration (EIA) said prices at Henry Hub averaged $2.03 in 2020. EIA expects U.S. benchmark prices will rise to an annual average of $3.01 this year and an average of $3.27 in 2022.

A storage drawdown is already underway, analysts at Energy Aspects said, and the surplus in U.S. natural gas stocks compared to year-ago levels could evaporate by the end of January.

“The Lower 48 year/year storage overhang will finally come to an end in January as balances continue to tighten,” analysts at Energy Aspects said. “Every week of December saw a higher year/year withdrawal, a trend that is likely to endure” into this month.

“The question then becomes whether inventories will unwind enough over the rest of 1Q2021 for there to be significant supply concerns for the 2021-22 heating season,” the analysts said.

Energy Aspects is modeling a 1.59 Tcf storage carryout at the end of March.

On the LNG front, the firm is modeling an average 10.75 Bcf/d of feed gas volumes for the first quarter, a 2.1 Bcf/d year/year increase.

EIA last Thursday reported a withdrawal of 130 Bcf from natural gas storage for the week ended Jan. 1. The pull reduced inventories to 3,330 Bcf, though stockpiles were still above the year-earlier level of 3,192 Bcf and above the five-year average of 3,129 Bcf.

Spot gas prices climbed across the country. Despite mild conditions overall early in the week, there were pockets of regionally chilly weather, including in Texas and the Northeast. Traders also looked ahead to the onset of colder temperatures in coming days.

“National demand will increase modestly this weekend as a weather system and cold shots stretch from the Great Lakes to the Southeast,” NatGasWeather said. Warmer high pressure “will spring back over much of the southern and eastern U.S. next week as cold sets up over the West and Rockies.” The firm projects cold air over the Rockies Jan. 20-22, “then releasing across the Great Lakes and Northeast Jan. 23-26.”

With chilly temperatures to start the day in Texas, prices advanced at several hubs in the state. Katy jumped 17.0 cents day/day to average $2.815, while Houston Ship Channel spiked 19.0 cents to $2.845.

On the pipeline front, Wood Mackenzie said Columbia Gas Transmission will perform planned pigging on Line LEX, spanning from West Virginia into Ohio, with restrictions in place for Wednesday.

“The restrictions will limit westbound flows through the LXPSEG throughput meter down to 777 MMcf/d. Over the past 30 days, LXPSEG has averaged 984 MMcf/d and maxed at 1,135 MMcf/d of flows, translating to potential cuts of up to 358 MMcf/d,” Wood Mackenzie analyst Anthony Ferrara said in a note to clients.