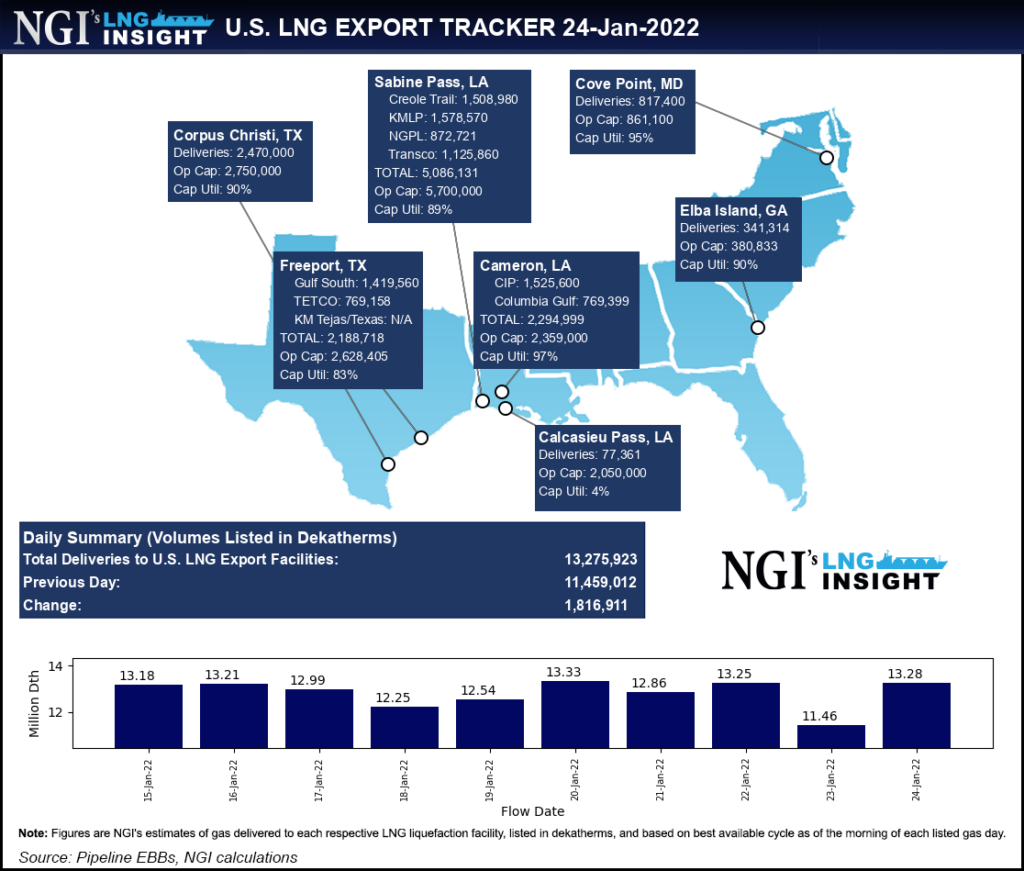 Flows through the TransCameron Pipeline have been slowly ramping up since the beginning of last week before making a leap from 39.67 MMcf on Thursday to the nominations reached on Friday. Gas deliveries were nominated at 77.36 MMcf for Monday.

Wood Mackenzie analysts suggested the rising flows are an indication that the facility is ramping up as commissioning of the 10 million metric tons/year facility continues.

Venture Global is installing 18 smaller, modular liquefaction trains in nine blocks. Venture requested federal authorization to begin commissioning the first of those blocks in October after winding down peak construction in April.

CEO Mike Sabel has said the use of smaller, modular liquefaction trains has helped the company trim costs on the project first sanctioned in 2019.

Last summer, reports indicated Venture was offering cargoes to be loaded from Calcasieu Pass sometime in the last four months of this year. Venture also is developing the Plaquemines LNG and Delta LNG projects, both proposed for Plaquemines Parish, LA.