Entering the heart of summer in Texas, the intensifying heat has elevated natural gas as the top fuel for electricity generation in the Electric Reliability Council of Texas (ERCOT) region, according to a new report from the independent system operator (ISO). 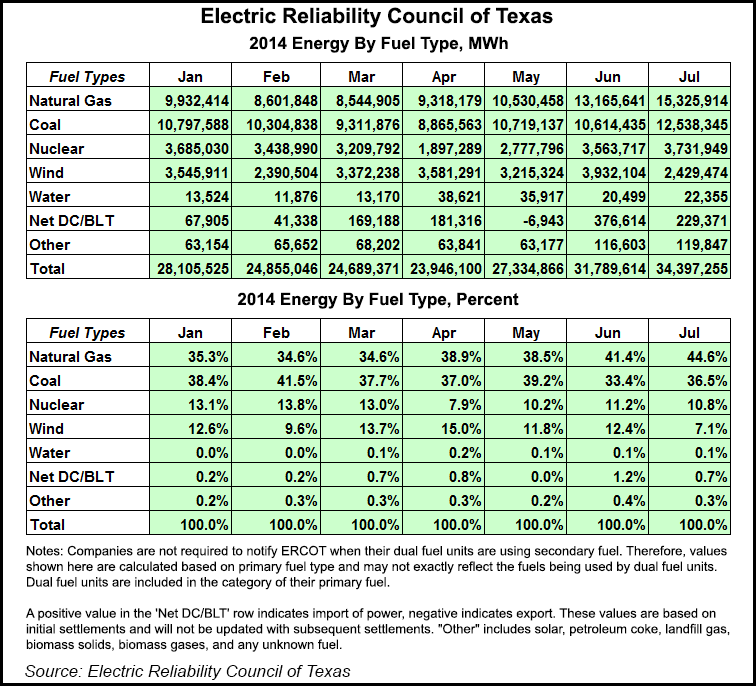 Third place during July went to nuclear, which at 3.7 million MWh accounted for 10.8% of the total.

While natural gas posted its highest percentage year-to-date (YTD) in July with 44.6%, coal’s YTD peak was recorded in February, when the fuel made up 41.5% of the total.