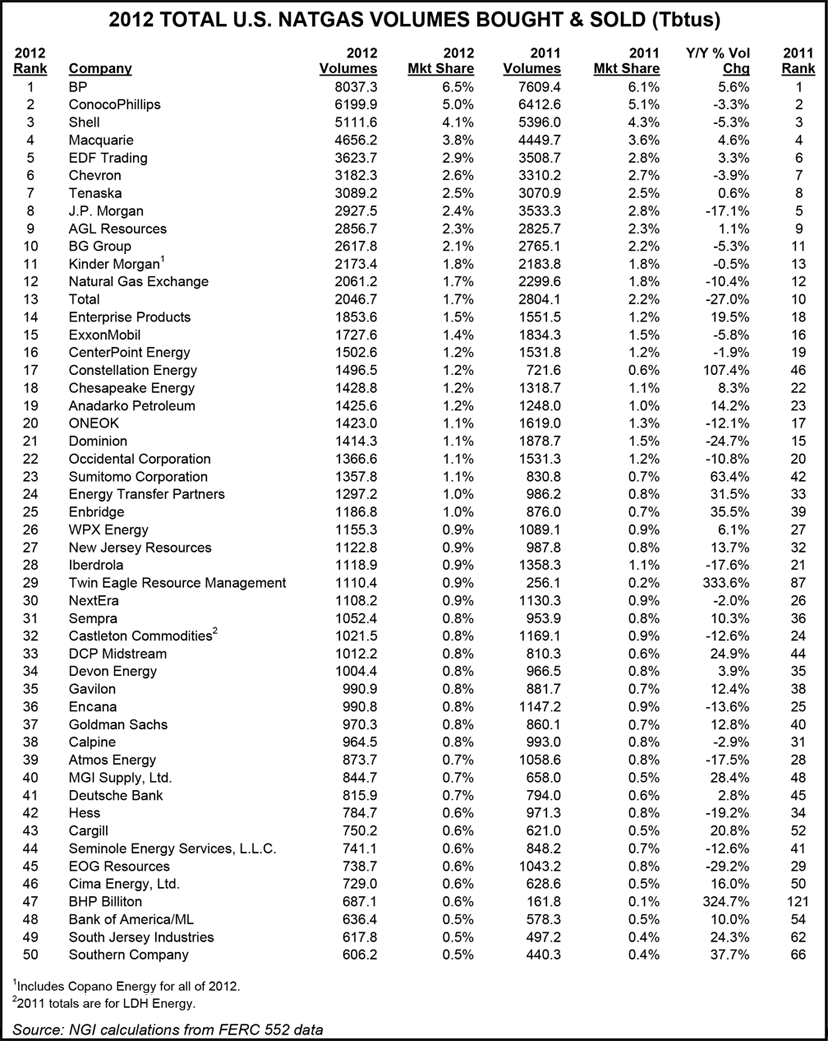 Among companies that made the Top 50 list for deal volumes in both 2012 and 2011, Constellation Energy, Sumitomo Corp. and Enbridge made the biggest gains, climbing 29, 19 and 14 spots, respectively, to push each company within the Top 25. Encana, Atmos Energy and EOG Resources all fell between 11 and 16 positions on the list, a result that may not be too surprising given that the goal of many exploration and production companies in 2012 was to focus less on dry gas and more on liquids production.

Total was the only company to fall out of the Top 10 rankings, slipping to No. 13, while BG Group moved up one spot to No. 10.

U.S. natural gas production totaled 29.77 Tcf in 2012, the seventh consecutive year-over-year increase, and both marketed production and dry gas production increased compared with 2011, according to the U.S. Energy Information Administration (EIA). But numbers in all three categories slipped in early 2013 compared with the year-ago period, EIA said.

Companies must fill out and file a Form 552 report annually if either their sales or purchases run more than 2 trillion Btu. Only arms-length physical gas transactions that are tied to a day-ahead or month-ahead index, or that contribute to, or are eligible to be contributed to the formation of a gas index are reported. That necessarily excludes bundled (gas plus transportation) retail sales by utilities at a tariff rate, or sales and purchases outside the day-ahead or month-ahead markets. Companies may aggregate affiliate data or file separately. For its analysis NGI aggregated all affiliate data to get company-wide totals.