The race to bring natural gas to Maine’s Kennebec Valley continues, with Summit Natural Gas of Maine announcing Tuesday that it has begun the build-out of its $350 million transmission and distribution system into the area.

Construction of a $110 million portion of the project, which has begun in Madison, ME, is being performed by CCB Inc., Tetra Tech and Schmid Pipeline Construction, Summit said.

“This represents the installation of 68 miles of steel pipe and 66 miles of plastic distribution pipe in various communities throughout the region, which creates an estimated 435 jobs during this construction season,” said Summit President Mike Minkos.

In March Maine Natural Gas (MNG) signed a contract with three companies to begin constructing the 12-inch diameter steel pipeline backbone of its natural gas distribution system in Augusta, ME (see Daily GPI, March 11). The 10.5-mile backbone pipeline, which will serve residential, commercial and institutional customers in the Augusta area, will tap the Maritimes and Northeast transmission pipeline in Windsor, ME, cross the Kennebec River, and then run on to the MaineGeneral Medical Center in Augusta, the Iberdrola USA subsidiary said.

“Our legislation would enable the Maine Public Utilities Commission, with the consent of the governor, after exhausting all other reasonable options in the private sector, to purchase capacity on one or more new natural gas pipelines into New England,” state Sen. John Cleveland (D-Auburn) and Reps. Barry Hobbins (D-Saco) and Kenneth Fredette (R-Newport) said in a column published by the Bangor Daily News. “This ability has already stimulated one pipeline developer to contact the governor and the PUC. The actual purchase of pipeline capacity, not the purchase of natural gas, but the purchase of the right to transmit natural gas, will occur only if absolutely necessary to protect the public interest.”

ISO New England Inc., which has expressed concerns about the region’s growing dependence on natural gas (see Daily GPI, March 21), “will pay oil-fired generators to burn 1.8 million barrels (990 million gallons) of oil in place of the natural gas we ought to be burning in available power plants,” the lawmakers wrote. “This outcome is unacceptable, as it harms both our economy and our environment. It can be solved by the private and public sectors working together to expand natural gas pipeline capacity into New England.”

A Kinder Morgan spokesman told NGI Tuesday that the company planned to meet with Gov. Paul LePage to discuss Tennessee Gas Pipeline Co. LLC’s proposal to expand its 300 Line. The project, which was approved by the Federal Energy Regulatory Commission in January, is designed to more Marcellus Shale gas to Northeast markets (see Daily GPI, Jan. 14a).

Last year, state officials selected MNG to build an 80-mile gas pipeline to Augusta and the surrounding Kennebec Valley. MNG’s plan calls for a $19.3 million project, creating 40 jobs during the next two years. The decision was promptly appealed by Colorado-based Summit, which objected in part because it said its proposed pipeline would create more jobs and serve more communities (see Daily GPI, Aug. 23, 2012). The dispute has taken the two companies before a special state appeal panel and Kennebec County Superior Court (see Daily GPI, Oct. 18, 2012). 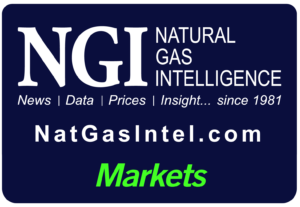 Natural gas futures nosedived on Monday on forecasts for benign weather into December and worries about the possible effects of a new coronavirus variant on energy demand. At A Glance: Futures flop as new prompt month takes over Weather forecasts point to modest demand Cash prices drop in the Rockies, West The January Nymex contract,…