The West Slope chapter of the Colorado Oil and Gas Association (COGA) on Monday said initial production (IP) from a new natural gas well in the Mancos formation near the disputed Thompson Divide is “prolific,” and the results are strong enough to positively influence pending federal leasing decisions. 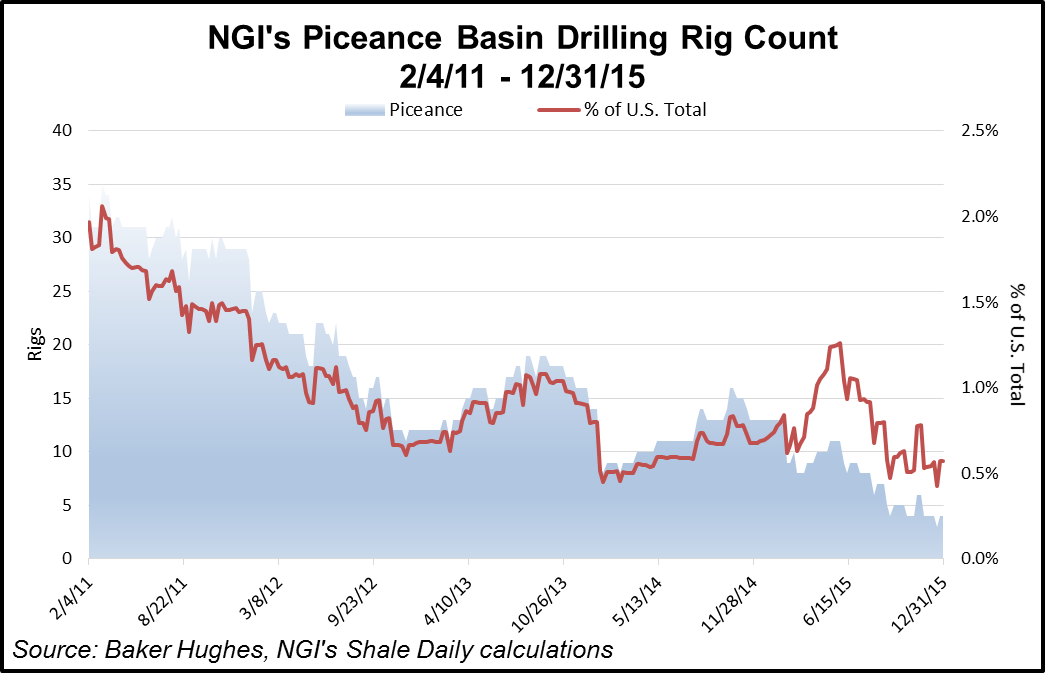 A well drilled by SG Interests recorded an IP rate of 7 MMcf/d using a short, 2,700-foot lateral* and a strong choke on production, according to David Ludlam, who is executive director of the West Slope COGA chapter.

“Given the well controls, it is as good a result as from any Mancos well drilled to date,” Ludlam told NGI‘s Shale Daily. Another recent well drilled in Gunnison County had similar results, according to COGA.

“No matter where our companies drill in the Piceance Basin, they continue having success in the Mancos Shale,” Ludlam said. “This Thompson Divide area well is exciting but also a reflection of a larger, regional success story.”

Ludlam said the producers want to counter what they consider to be a bogus study by anti-drilling groups that estimates there is not much gas in the area and what does exist is uneconomic.

The COGA chapter recently protested a decision by the Bureau of Land Management (BLM) to ban further oil and gas leasing in the White River National Forest, which includes the Thompson Divide (see Shale Daily, Dec. 4, 2015).

COGA members have alleged the U.S. Forest Service and BLM ignored the resource potential of the Mancos and are using information to assess 65 leases that have proven to be incomplete (see Shale Daily, Aug. 6, 2015).

“The new well further complicates the BLM’s ongoing decision about whether to retroactively cancel or modify up to 65 leases in the same area,” Ludlam said.

BLM last November issued a draft environmental impact statement (DEIS) for the Thompson and Roan Plateau area that could eliminate up to 65 leases (see Shale Daily, Nov. 19, 2015). The DEIS offers five alternatives for consideration ranging from no changes to canceling all of the leases.

COGA said groups seeking to ban drilling have self-funded reports alleging that gas potential in the area is insignificant, but this latest well “helps settle the question.”

Ludlam said the new well data is significant for the energy industry in western Colorado. There are eight other companies harmed by the possibility of BLM retroactively taking back the leases.

*Correction: In the original article, NGI said the length of the lateral was 700 feet, when in fact it is 2,700 feet. NGI regrets the error.