The natural gas futures market was largely unimpressed with Thursday morning’s storage report, which revealed that 211 Bcf was removed from underground storage for the week ending Jan. 22. 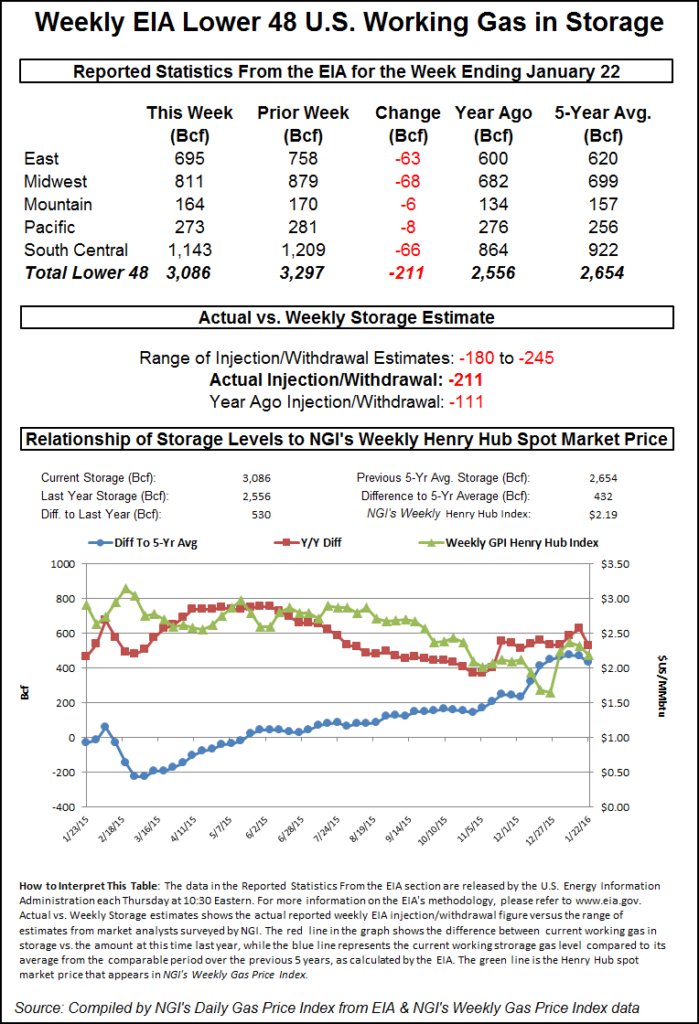 While the season’s first 200-plus Bcf draw was significantly larger than historical comparisons for the week, many analysts and traders had a pretty good bead on what the Energy Information Administration (EIA) report would show.

As a result, the March natural gas futures contract in its first regular session action as the prompt month had a muted response. In the minutes prior to the 10:30 a.m. EST release, the March contract was trading at $2.111. Immediately after the report, the prompt-month contract hovered around $2.135. As of 11 a.m. EST, March was trading at $2.150, down seven-tenths of a cent from Wednesday’s regular session close.

The muted market response to such a large draw might have to do with the weather forecast. Ahead of the report, Citi Futures Perspective Analyst Tim Evans said he was concerned that the reaction to the large storage withdrawal might be the market’s last chance to rally, since the relatively warm temperatures forecast for next week will translate into a much smaller storage decline. He added that natural gas futures were “on the defensive Thursday morning after the temperature outlook turned slightly warmer than a day ago, undercutting heating demand for the fuel.”