Natural gas futures traded higher, then lower, but still remained in negative territory Thursday morning after the Energy Information Administration (EIA) reported a storage withdrawal that was greater than what traders were expecting. 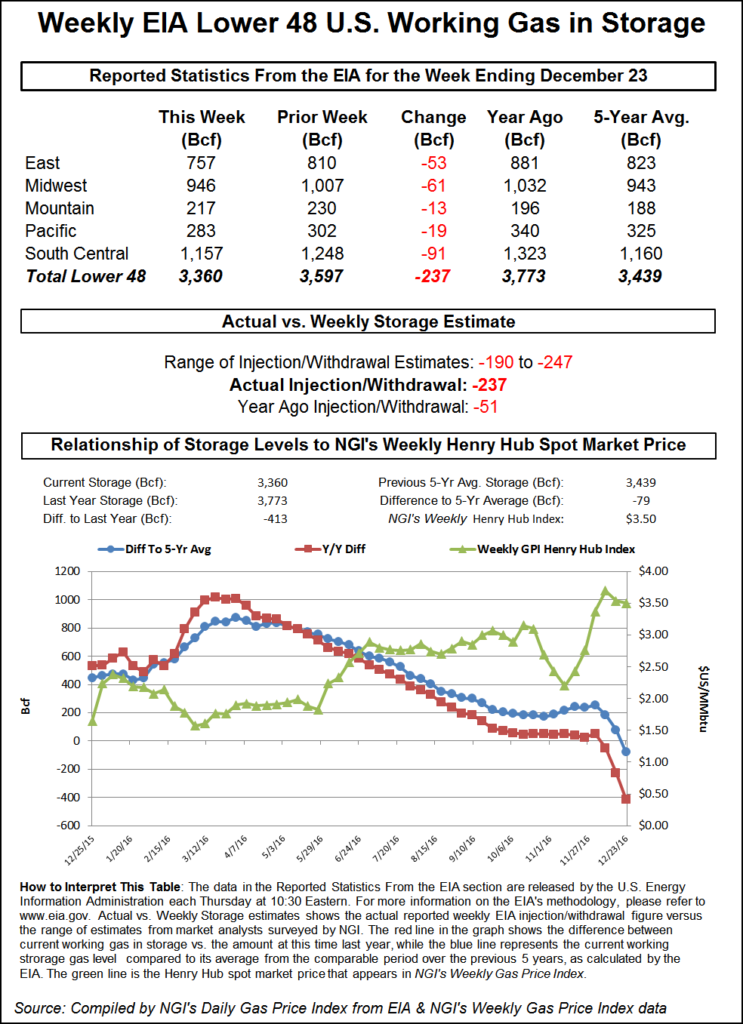 EIA reported a 237 Bcf storage withdrawal in its 10:30 a.m. EST release, whereas traders were expecting a pull about 15 Bcf less. February futures reached a high of $3.884 immediately after the figures were released, and by 10:45 a.m. February was trading at $3.828, down 7.0 cents from Wednesday’s settlement.

“We were looking for between a 220 to 225 Bcf draw,” said a New York floor trader. “Apparently traders thought it would be a lower number, because it rallied after the number came out but came back to where it was before the number came out.”

“$4 is going to be a big, big resistance number. If you look straight across the board, you don’t see any $4 prints.”