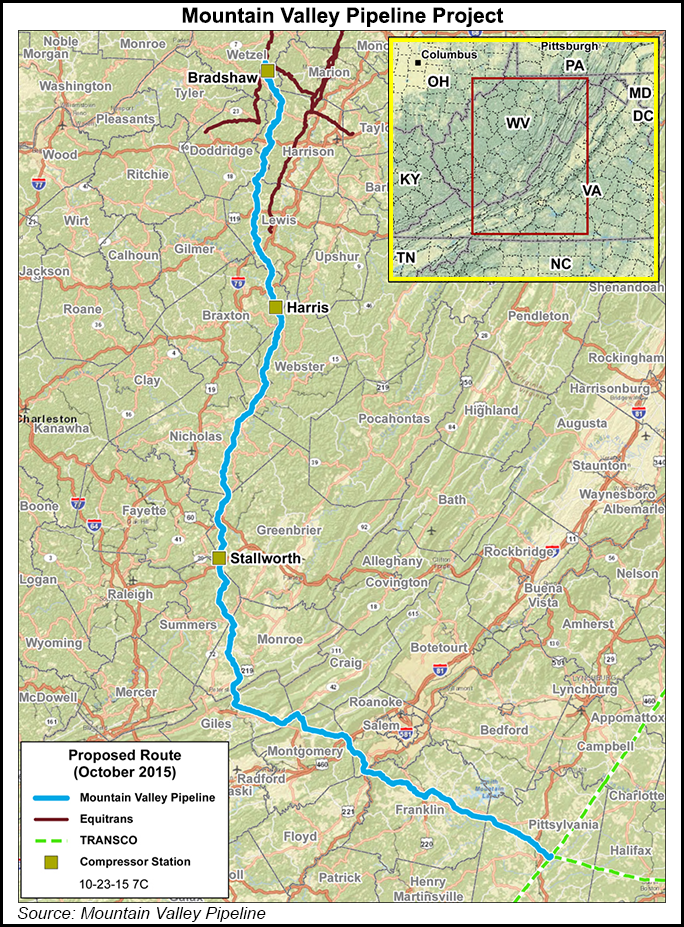 MVP now expects the project to cost $4.6 billion, compared with a previous estimate of about $3.5 billion. Half of the increased cost was attributed to a prolonged period of work stoppages last month as the project worked through legal challenges brought by environmental groups, which led to contractual charges and schedule changes. The rest of the increase is related to bad weather and costs incurred to manage it during construction of the 300-mile pipeline, management said.

“The halting of construction due to court challenges from environmental opponents have caused lengthy project delays, material cost increases, and burdens for local communities and agencies, and have also impeded the delivery of low-cost energy sources to consumers and other end-user markets,” MVP management said.

Environmental groups have had success in stymying the project and the similarly routed Atlantic Coast Pipeline. A limited work stoppage that occurred in June, when a federal appeals court stayed a crucial water crossing permit, later morphed into a complete halt to work along the entire route as challenges persisted. The Federal Energy Regulatory Commission on Aug. 6 ordered the company to cease all construction after a federal court vacated key permits from the U.S. Forest Service and the Bureau of Land Management.

The full stop work order wasn’t lifted completely until Aug. 29, and the company is still awaiting revised permits to resume work along 25 miles of the route. Last week, the project was forced to stop work on a small stretch at a river crossing in West Virginia after a judge ordered it to review a pending appeal filed by landowners and environmental organizations.

Compounding costs for the project have been torrential rains, which have forced the company to enhance and repair erosion and sediment controls. The project was also forced to stop construction this month so workers could make preparations for former Hurricane Florence as it approached the East Coast.

Revised costs for the project come after MVP pushed back its in-service date twice over the summer, once from 4Q2018 to 1Q2019, and shortly after that to 4Q2019. The company said it’s still on track to meet the late 2019 start date, adding that it expects to finish 50% of the pipeline by the end of this year.