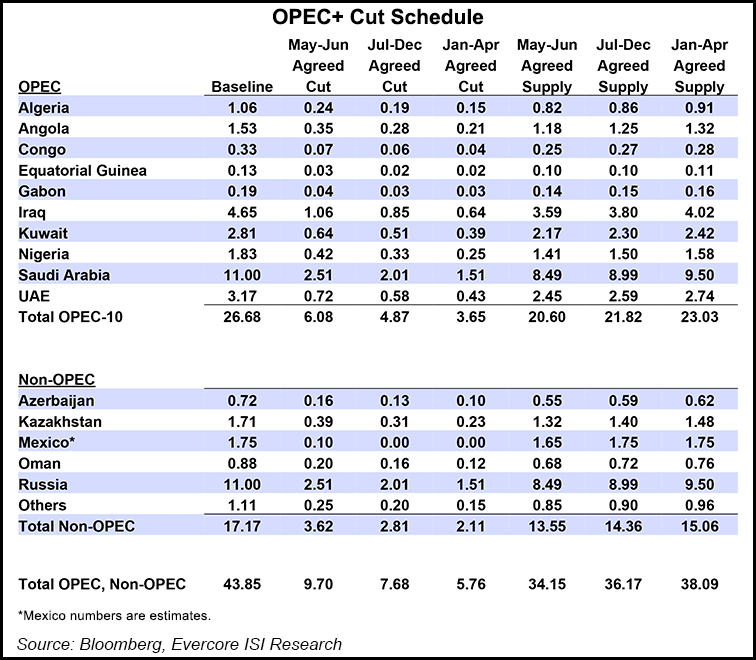 The May West Texas Intermediate futures contract lost 35 cents to settle at $22.41/bbl, despite the historic deal and a Monday morning tweet from President Trump suggesting that the so-called OPEC-plus alliance was actually considering a 20 million b/d curtailment. The June, July and August contracts gained 44 cents, 96 cents and $1.30, respectively.