The North American natural gas and oil industry, responding primarily to surging production coming out of shale plays, will spend a total of $4.3 billion on new onshore pipelines this year, according to new research by energy adviser Douglas-Westwood (DW). 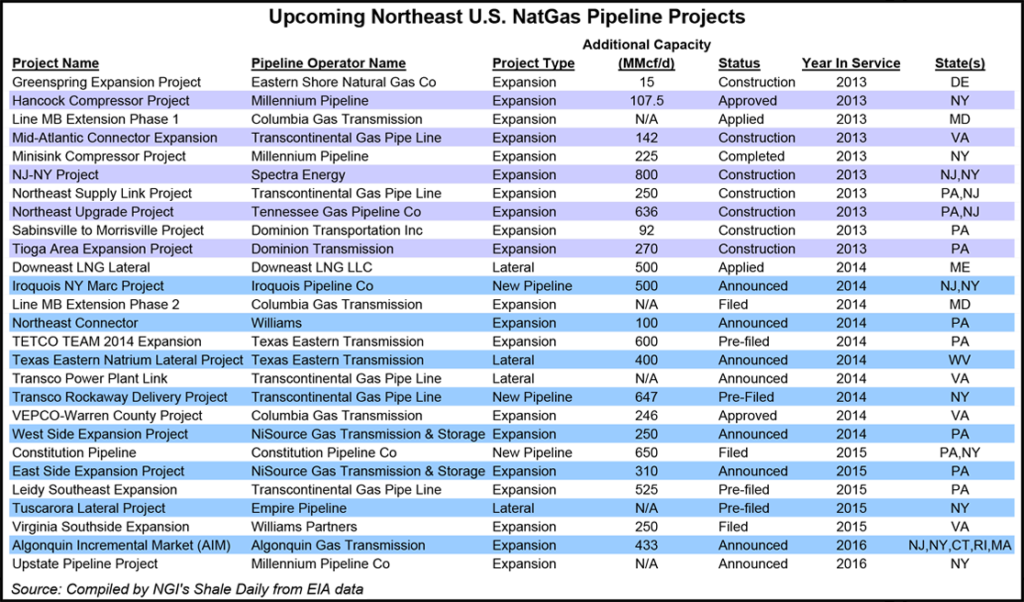 “Between 2011 and 2012, the number of productive wells in U.S. shale oil plays increased from a few hundred to over 4,000. These developments have left many regions, such as the Northeast and the Bakken, with tremendous supply that is constrained by a lack of takeaway capacity. Where they have not yet been built; rail and trucks have become a riskier, more expensive substitute,” Rustagi said.

“Pipeline infrastructure is similarly necessary in Canada to enable the transportation of oil from its vast landlocked reserves to both domestic and foreign markets. Output from Alberta’s crude oil reserves, the third largest in the world, has been forecast to increase 26% from 2012 to 2015 and over 5,000 miles of pipeline have been proposed for construction in Canada by 2018. The North American oil, gas and natural gas liquids (NGLs) markets will remain dynamic in at least the near-term, making the timeliness of pipeline intelligence critical to strategy development.”

In the final days of October, pipeline operators opened the taps on four projects to alleviate bottleneck constraints by providing more takeaway capacity from the Marcellus to markets in the Northeast, adding a total of 1.8 Bcf/d of capacity (see Shale Daily, Nov. 1).

Midstream companies are planning to spend about $40 billion, mostly over the next three to five years, on infrastructure projects in Ohio, Pennsylvania and West Virginia to serve the Marcellus and Utica shales, according to a comprehensive analysis by Marcellus Drilling News (see Shale Daily, Oct. 25).