Indorama Ventures plans to renovate and restart a dormant ethane cracker west of Lake Charles, LA, where the company expects to make a $175 million capital investment. Separately, Total will begin front-end engineering and design for a second steam cracker at its Port Arthur complex in Texas. 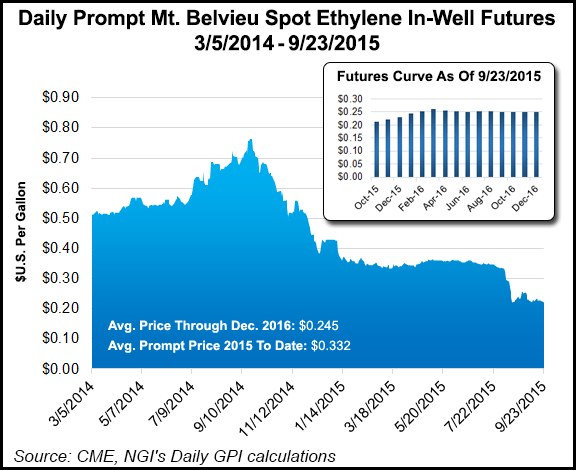 Low-cost feedstock, thanks to shale gas, is driving the plans.

IVL produces purified ethylene oxide and mono ethylene glycol in the United States, with ethylene being the primary feedstock. The newly announced project in Carlyss, LA, will have capacity to generate 370,000 metric tons of ethylene and 30,000 metric tons of propylene per year, with the facility capable of processing both ethane and propane. IVL currently runs intermediate petrochemical manufacturing sites in Texas, Alabama, Georgia, North Carolina and South Carolina.

“This acquisition will make us well-placed to receive cost-advantaged ethane and propane feedstock,” said Indorama Group CEO Aloke Lohia. “We are targeting a commercial startup before the end of 2017, which will make us the first Thai company to take advantage of the shale gas revolution in the United States and ahead of the greenfield crackers being constructed.”

Indorama Ventures is acquiring the ethane cracker site and facilities as a joint investment with Singapore-based Indorama Corp. IVL considered options in other states, including Texas, but chose Louisiana for the availability of an existing cracker facility and the strength of the state’s workforce training programs and other incentives, the company said.

The state of Louisiana offered the company an incentive package that includes a $1.5 million performance-based grant to offset site infrastructure costs.

And in Texas, with a capacity of 1 million tons of ethylene a year, Total’s planned ethane side cracker in Port Arthur is expected to start up in 2019, subject to a final investment decision in 2016.

“This project is aligned with our strategy to strengthen our major integrated refining and petrochemical platforms worldwide,” said Philippe Sauquet, president of Total Refining & Chemicals. “In the United States, we want to capitalize on the shale gas revolution during which gas prices have plunged 66%. In such an environment, the advantage to investing in petrochemical activities is access to a plentiful, inexpensive feedstock and to low-cost energy for our plants.”

The Port Arthur refining and petrochemical complex is one of total’s six major integrated platforms worldwide. It is composed of a refinery wholly owned by Total and a petrochemical plant operated by a joint venture of BASF (60%) and Total (40%).

In 2013, BASF and Total revamped the Port Arthur steam cracker to primarily process ethane and butane, instead of more expensive naphtha, which is derived from petroleum.

Total is in talks with potential partners for the planned side cracker.