Appalachian pure-play Montage Resources Corp. plans to run only one rig through the remainder of the year and in 2020 as it weathers the current low-cost commodity cycle. 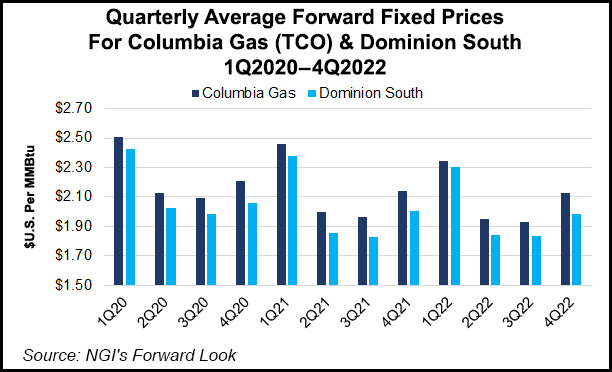 “The natural gas macro environment we are currently experiencing reinforces the importance of being a low-cost producer,” said CEO John Reinhart of sagging prices in discussing the company’s third quarter results.

Montage has also tightened its guidance range for 2019 and is now targeting 545-552 MMcfe/d of production compared with a previous forecast of 535-555 MMcfe/d. At the end of the second quarter, the company cut its full-year budget by 8% at the midpoint to $345-370 million as the strip continued to worsen.

Capital expenditures came in under expectations at $65.4 million during the third quarter. Reinhart said tighter spending was mainly the result of operational efficiencies such as company crews that are routinely drilling one- mile/day of laterals in the Utica Shale. He said efficiencies are even better in the Marcellus Shale.

Third quarter revenue was up 25% year/year to $63 million, partly as a result of liquids production, with oil providing 28% of the total. Reinhart said Montage “will continue to focus on the development of our highest returning liquids-rich locations.”

Montage produced 621.7 MMcfe/d in the third quarter, up from the 346.3 MMcfe/d in 3Q2018 before the company was formed in a merger between Eclipse Resources and Blue Ridge Mountain Resources. Volumes also increased from the 535.5 MMcfe/d that Montage produced in 2Q2019.

Average realized prices, including hedges and firm transportation costs, were down across the board, with natural gas falling 20% to $1.85/Mcf, natural gas liquids down 46% to $14.92/bbl and oil falling 6% to $49.53/bbl.