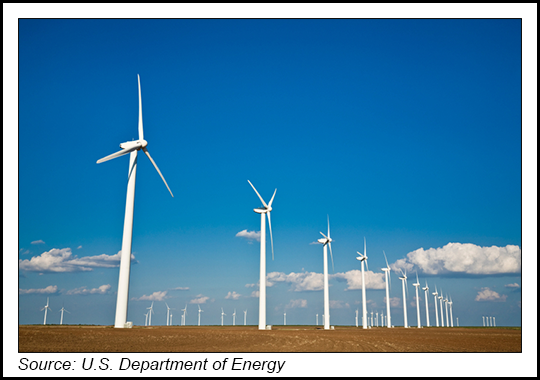 The jobs and infrastructure package underscores the “whole-of-government” approach Biden is taking toward climate and energy policy, a shift from previous administrations.

Natural gas and oil industry groups praised the plan’s objectives, such as the expansion of incentives for capturing and storing carbon dioxide (CO2), but said the administration should be clearer about how hydrocarbons fit into Biden’s “Build Back Better” mandate for infrastructure and the economy.

“Any federal infrastructure package that envisions a clean energy future must be explicit about the foundational role that natural gas infrastructure will continue to play in enabling emissions reductions while ensuring reliable and affordable energy for all Americans,” said a spokesperson for the Interstate Natural Gas Association of America (INGAA). “Natural gas infrastructure is built without using taxpayer dollars, and the Biden administration and Congress should acknowledge the importance of promoting continued investment in modernizing and expanding this infrastructure.

“There are tremendous opportunities to continue putting natural gas to work in achieving national and global climate and economic goals.”

The spokesperson told NGI that, “Proposals in the American Jobs Plan to stimulate the growth of renewable energy investments and low-carbon fuels pair well with our members efforts to complement the growth of renewables and pursue opportunities to transport even lower carbon solutions, such as renewable natural gas, hydrogen, and captured CO2.  We look forward to working with policymakers to ensure that infrastructure legislation and federal permitting practices enable these opportunities and do not lose sight of the importance of natural gas infrastructure.”

“While ambitious and aimed in the right direction — bolstering America’s infrastructure – President Biden’s American Jobs Plan overlooks the backbone of America’s energy system: pipelines,” said TIPRO President Ed Longanecker. “Pipelines are the most reliable and efficient means to transport the oil and natural gas that powers families across America.

“Placing a high tax burden on the oil and gas industry, including pipelines, hinders Texas producers’ ability to deliver the energy the country needs.”

The National Electrical Contractors Association (NECA) called the plan “the first step of many in moving legislation forward that will help rebuild and modernize our nation’s infrastructure.”

NECA said it “looks forward to working with the Administration and Congress to enact a sweeping infrastructure plan that will rebuild and invest in the future of electric vehicles, modernize our nation’s electrical grid, expand broadband networks, and better our roads, bridges, waterways, existing buildings, as well as our clean water and wastewater infrastructure.”

In a note to clients on Wednesday, Raymond James & Associates Inc. analysts estimated that $628 billion, or about one-third of the package’s headline price tag of $2 trillion, pertained to climate related or “green” aspects.

“That said, it would be erroneous to look at this as an energy bill, vis-a-vis the spending side or the revenue raising side,” said the Raymond James team led by Pavel Molchanov. “In particular, we would highlight the absence of anything resembling a carbon tax among the revenue raisers,” they added.

Components of the bill with energy implications include $174 billion designated for the electric vehicle (EV) value chain, $100 billion for shoring up the power grid, and doubling federal transit funding to $85 billion.

Among the more controversial details is an energy efficiency and clean electricity standard targeting 100% zero-emissions electricity by 2035.

“We see two likely hurdles here,” said the Raymond James team. “First, because this is a regulatory mandate – rather than a spending provision – it must be excluded by the Senate parliamentarian from reconciliation, much like the minimum wage hike was excluded from the recent stimulus package.

“Second, we are skeptical that Democratic moderates, most notably Sen. Manchin, would back a provision that would essentially mandate the phase-out of fossil fuels from the electricity mix.”

They estimated several key elements of the proposal as having potential to destroy more than 1 million b/d of U.S. liquid hydrocarbons demand and to reduce U.S. greenhouse gas (GHG) emissions by around 162 million metric tons/year (mmty). “The long-term impacts of the proposal could be considerably greater, however,” the ClearView team said.

As a result, the ClearView analysts said they expect Democrats will need to resort to the filibuster-proof budget reconciliation process in order to pass the bill along party lines, as they did with Biden’s American Rescue Plan stabilization package.

“Despite likely intra-party skirmishing, we regard the passage of Rescue as having set a meaningful precedent and many of today’s proposals appear derived from bills that Congressional leaders have themselves already supported or proposed,” the ClearView team said.