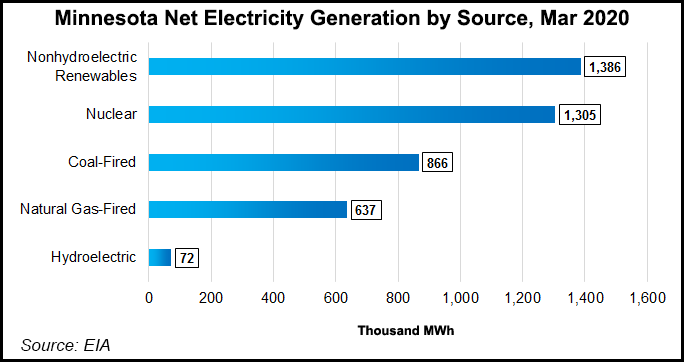 In the complaint filed in Ramsey County, Ellison said he is seeking to hold the companies and API “accountable for perpetuating fraud against Minnesotans” regarding “claims for fraud, failure to warn and multiple separate violations of Minnesota statutes that prohibit consumer fraud, deceptive trade practices and false statements in advertising.”

In addition to seeking an injunction, the complaint is seeking undisclosed financial restitution “for the harms Minnesotans have suffered,” and asks the court to require the defendants to fund a “corrective public education campaign on the issue of climate change.”

Ellison said, “Impacts from climate change hurt our low-income residents and communities of color first and worst. The impacts on farmers in our agricultural state are widespread as well. Holding the companies accountable for the climate deception they’ve spread and continue to spread is essential to helping families to afford their lives and live with dignity and respect.”

The complaint asks that “wrongfully obtained profits” be used to help Minnesota pay for climate change consequences, detailing a multi-pronged “campaign of deception” that it said had been conducted over the past 30 years.

Meanwhile, AG Karl Racine of the District of Columbia (DC) on Thursday filed a broader lawsuit against not only ExxonMobil, but also BP plc, Chevron Corp. and Royal Dutch Shell plc for “systematically and intentionally misleading” consumers about the role their oil and gas products play in causing climate change.

The defendants, said Racine, violated DC’s consumer protection law by “concealing the fact that using fossil fuels threatens the health of District residents and the environment.” The lawsuit is meant to “end these disinformation campaigns and to hold these companies accountable for their deceptive practices.”

Minnesota and DC join at least 15 other state plaintiffs seeking to hold companies responsible for the harms they perceive are associated with climate change, including Massachusetts, New York and Rhode Island, along with several cities and counties.