A U.S. midstream executive told an industry conference in Pittsburgh Wednesday the downturn in oil prices should get worse before it gets better, and he expects little relief before 2017. 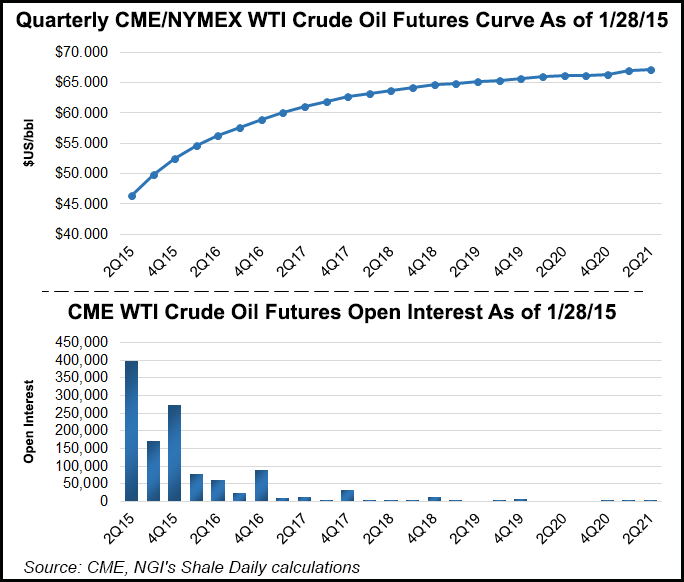 “Because we’re really a natural gas industry that is evolving onto the crude side, we think with what happens here, we can control prices,” O’Shea told an audience at the first day of Hart Energy’s Marcellus-Utica Midstream Conference. “On the natural gas side, we do control supply and demand. On the crude oil side, crude is a global product you can move. I think you’ll start seeing a lot more global exports, particularly with the condensate from the Eagle Ford and the Bakken that needs to leave these shores.”

O’Shea said oil prices aren’t likely to rebound anytime soon. He also said oil’s decline won’t show its true effects on domestic producers until at least 2016, when hedges begin to fall off. But he added that the rapid increase in shale oil production can’t be ignored and noted that those supplies would play a growing role in meeting the world’s energy demands in the coming years.

In November OPEC said it would not cut production to help stabilize falling oil prices (see Shale Daily, Dec. 1, 2014). However, O’Shea said Saudi Arabia, its largest member, is no longer the swing producer it once was.

“If supply and demand works, for our industry it works very, very well,” O’Shea said. “In 2015, we’ll continue to see very low prices for crude oil. You read some of these writers and they say the Saudis agreed to hold crude oil production flat to stop the shale oil revolution — I don’t believe that.

“I think the reason the Saudis did it was to send a message to other OPEC and non-OPEC nations,” he added. “They’re going to bankrupt Venezuela; I believe Russia will default this year, which will send Europe into a recession in 2016. If that’s right, oil prices probably won’t recover until 2017 or 2018. But when they do, they’ll come back pretty strong.”

Russia supplies about 30% of Europe’s natural gas, according to the International Energy Agency. As it faces a financial crisis and Europe teeters on the edge of a recession, any domino effect could increase Europe’s demand for U.S. liquified natural gas (LNG), O’Shea said.

“When Russia defaults, Germany goes into a recession,” he said. “Because German banks have the exposure, Europe begs the U.S. for their gas supplies. I think all of this sets LNG up really well and towards the end of the decade, it sets up shale oil as well.”

O’Shea seemed more bullish about the mid-term prospects of gas and oil, as did other midstream executives that addressed a large crowd gathered for the conference.