A local utility board in Michigan has announced plans to construct a 250 MW natural gas-fired power plant that would help fill a void in the coming years when two coal-fired units are scheduled to retire. 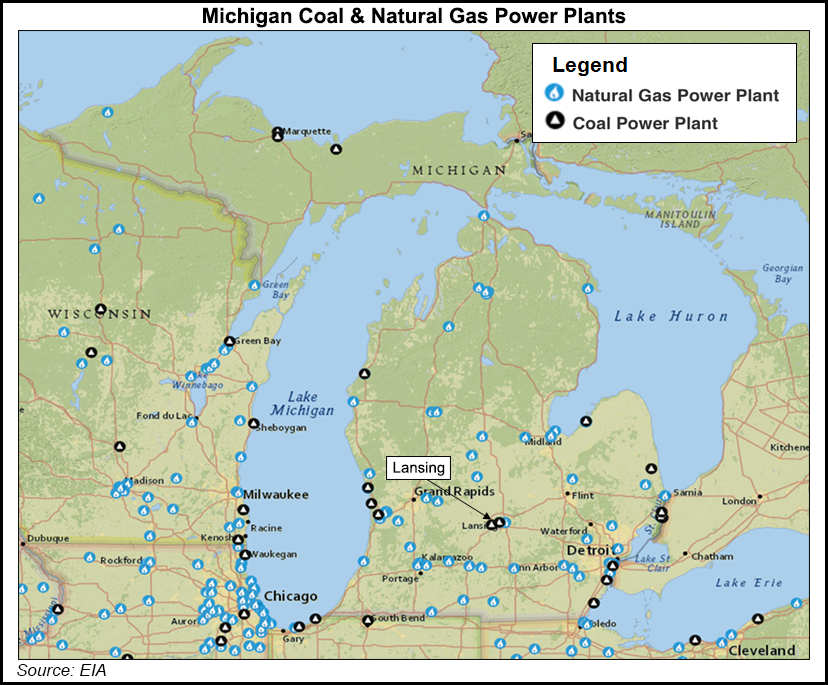 The Lansing Board of Water & Light (BWL), the third largest electric utility in the state, said it would invest $500 million in the facility, which the board plans to build at the site of its 160 MW coal-fired Erickson Power Station plant in Delta Township. BWL has not yet determined how the facility would be supplied with natural gas.

The new gas-fired facility would also help BWL fulfill its “Lansing Energy Tomorrow” plan to provide 30% clean energy to its nearly 97,000 customers by 2020 and 40% clean energy by 2030. That plan also calls for adding 100 MW of wind energy to its system and expanding its energy efficiency programs, among other things.

“This new plant will be the largest project the BWL has ever taken on and allows us to remove a major coal-fired power plant from service,” said the board’s General Manager Dick Peffley. “Continuing to generate our own power will ensure Lansing’s energy independence for decades to come so we’re not relying on the grid.”

The new gas-fired facility would allow the BWL to retire its 375 MW Eckert power plant in 2020, which was built in 1922 and has long helped power Lansing’s automotive manufacturing industry. The Erickson facility, built in 1973, is scheduled to close in 2025.

After that, BWL said it would become the state’s largest coal-free utility. The board also projects that the gas-fired facility, along with other investments in renewable energy sources, would reduce carbon emissions by 80% by 2025 once the Erickson plant is retired.

BWL’s announcement mirrors others announced across the nation, as power generators increasingly turn to gas-fired facilities, which can come up to power faster, to help back-up variable output renewable energy sources. Since 2002, the power industry has retired more than 50 GW of coal-fired capacity, according to the Energy Information Administration.

U.S. gas-fired electricity generation surpassed coal for the first time in 2016 and it’s expected to generate roughly the same amount of power this year as coal, the EIA has said.