A constitutional overhaul of Mexico’s electric power sector failed to garner the supermajority of votes needed to pass the lower house on Sunday. 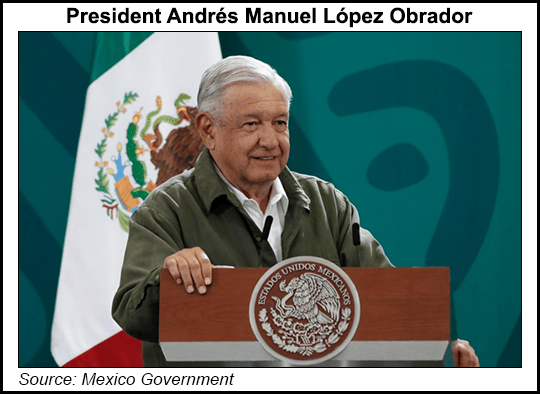 Prominent business groups praised legislators for halting the proposal, which had drawn public criticism from U.S. officials as violating the U.S.-Mexico-Canada Agreement (USMCA).

“In a democratic process, and within the institutional channels established by the legal framework, the legislators decided with their vote,” said Mexico’s Consejo Coordinador Empresarial (CCE), a prominent business chamber.

The bill would have required at least 54% of the country’s electricity to be generated by CFE, leaving the remainder for the private sector.

CFE, Mexico’s largest power distributor, would no longer be required to purchase electricity via competitive auctions if the law had passed, and would instead be allowed to negotiate directly with generators. Power purchase agreements between generators and offtakers other than CFE would be nullified as well, all but certainly provoking a barrage of lawsuits and complaints by international companies under the U.S.-Mexico-Canada Agreement (USMCA).

The reform would do away with clean energy certificates, known by their Spanish initials CEL, a market instrument introduced under the previous regime to promote clean energy projects.

The proposal received 275 votes in favor, short of the two-thirds majority needed in the 500-member chamber of deputies to modify the constitution.

“An open and modern country like ours requires a clear, transparent and reliable legal framework, as well as the application of technical criteria in the operation of the energy sector,” said CCE.

The chamber highlighted that its members represent the industrial sector, which accounts for about 60% of Mexico’s power consumption, “along with the commercial, agricultural, tourism and financial sectors, and diverse companies that have developed and invested in power generation projects.”

Coparmex lamented that the legislators who wrote the bill “did not take into account the participation of experts, representatives of the business sector and academics” during the open parliament sessions to discuss it. “Without a doubt, by not approving this reform, Mexico won,” the group said.

Coparmex expressed concern, however, that the government will continue promoting maneuvers “to impede the operation of private generators” and block fair competition in the power market.

Mexico’s Supreme Court recently ruled that key aspects of a similar power sector reform passed by legislators last year did not violate the constitution, although that reform is expected to remain mired in legal challenges.

López Obrador on Monday called Sunday’s defeat “an act of betrayal by a group of legislators that, instead of defending the interests of the nation, the public, became defenders of foreign companies that are dedicated to stealing.”

During his morning press conference, the president touted a new bill to nationalize the country’s resources of lithium, a critical element for making lithium ion batteries. The lower house passed the bill later on Monday.