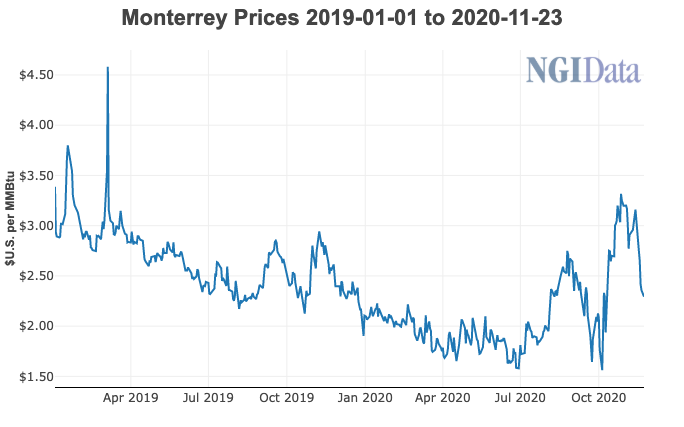 Ricardo Ortiz Hernández, a board member of the Asociación Mexicana de Gas Natural (AMGN), said that despite the efforts of local distribution companies (LDCs) to expand their customer bases, natural gas penetration in the residential segment is about 7%, below that of propane and firewood. Penetration in the industrial segment, meanwhile, is about 70%, he said.

AMGN is a trade group composed of more than 100 member and affiliated companies in the Mexican natural gas market.

A major challenge and opportunity facing Mexico is the expansion of its gas distribution network, Ortiz said.

One barrier to this expansion is the various state-level regulations that can be more stringent than those at the federal level, he said. For example, he said, authorities in the state of Nuevo León encourage the development of natural gas infrastructure, while the same cannot be said of certain other states.

Ortiz noted that progress is being made in expanding gas access in the country, citing the recently completed 250 MMcf/d Cuxtal I interconnect and Fermaca’s Waha-to-Guadalajara (Wahalajara) systems as examples. Cuxtal I allows gas from the Sistrangas national pipeline grid to reach power plants on the gas-starved Yucatán Peninsula, while Wahalajara connects supply in the Permian Basin with demand in central-western Mexico.

The share of natural gas vehicles (NGVs) in Mexico’s auto market, meanwhile, is below 1%, Ortiz said.

By comparison, NGVs account for more than 10% of the vehicle market in Argentina, Brazil and Colombia.

Ortiz said AMGN expects the number of NGV fueling stations in Mexico to double over the next year.

He also highlighted that states in Mexico with access to natural gas show much higher levels of economic growth than states without it.

She cited recent comments by Iberdrola CEO José Ignacio Sánchez Galán as worrying. In a recent earnings conference call, Sánchez Galán said of Mexico, “If the government is not welcoming the investment, we are not going to invest.”

Ortiz and Camacho shared the stage with Daniel Salomón Sotomayor, an associate at the Mexico City-based law firm Gonzalez Calvillo, who also cited the opportunity to expand the use of NGVs in Mexico.

These signals show openness on the part of authorities to developing a robust and competitive gas market even if CFE and national oil company Petróleos Mexicanos (Pemex) remain the dominant players in the energy space, Salomón said.

Also on the panel was Mexico City-based energy consultant David Rosales, who noted that among the different segments of the energy sector, natural gas has been the least affected by president Andrés Manuel López Obrador’s nationalist energy rhetoric.

“Where there is gas, there is competitiveness,” said Rosales, who explained that development of the natural gas market is in line with the president’s mandate to strengthen Pemex and CFE.