Mexico’s mid-term federal elections in June will be fundamental in determining the direction of the energy industry in the upcoming years, according to a top energy lawyer in Mexico City. 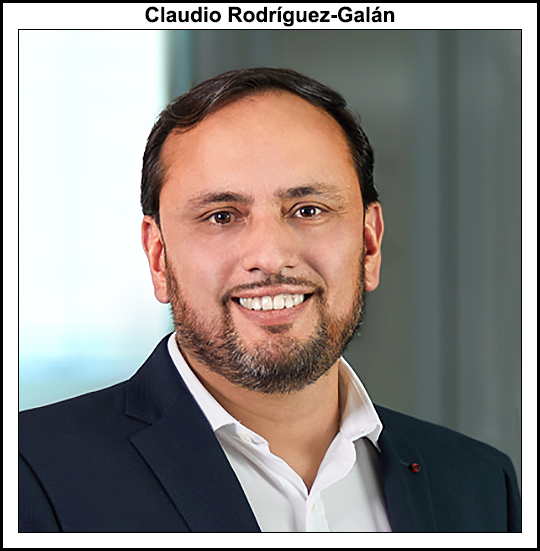 “To again give total legislative control to the Morena party will lead to the modification of the constitution and the absolute end of private investment in the sector,” he said.

In his more than 20 years as an energy lawyer in Mexico and Latin America, Rodríguez-Galán has worked in midstream, downstream, natural gas, pipeline infrastructure financing, wind, solar and geothermal projects.

Rodríguez-Galán has been with the Thompson law firm in Mexico since 2016. He previously was at Ramírez, Gutiérrez-Azpe, Rodríguez-Rivero y Hurtado SC (RGRH) for more than four years. Previously he served as general counsel at Iberdrola SA in Latin America and as legal manager at Électricité de France SA.

NGI: Regarding natural gas in Mexico, where do you see growth opportunities in the industry?

Rodríguez-Galán: I see opportunity in the fact that the Comisión Federal de Electricidad (CFE) will continue to construct combined-cycle plants, which has been announced. The industry will continue to have moderate growth but, without question, because Mexico is not looking attractive as a country open to foreign direct investment, industrial growth will suffer as a result and be lower than normal, which will likely affect the natural gas sector.

I think that growth and opportunities that we will probably see will be in storage terminals, port terminals and associated infrastructure.

NGI: Where do you see the biggest challenges in the Mexican natural gas sector?

Rodríguez-Galán: Limited industrial growth in Mexico and the lack of legal certainty this government offers are the main challenges in the natural gas industry.

Banks will always be willing to finance natural gas projects, but without question Mexico is now considered a higher risk investment and that means financing will be more expensive. At the same time, the public consultations (consultas populares) have been and will continue to be a populist threat to every project and the industry.

Rodríguez-Galán: Without question there are many that have already left or are planning to do so. However, there are many Chinese companies that are now interested in Mexico. That has to do with the change in the geopolitical ideology that governs this current administration, but discriminatory treatment is absolutely in violation of the international treaties adopted by Mexico and in agreement with the constitutional article number 133 as it relates to other countries. In the event that Mexico gives preferential treatment to certain investments, it will be in violation of international agreements. Any sort of change in vision, however, won’t occur until 2024 when this administration is no longer in power.

NGI: A lot of the conversation in the industry seems to be looking ahead to the federal and local elections in Mexico that will be held in June. How could the results of these elections impact the energy industry?

Rodríguez-Galán: The elections in June are fundamental for the Mexican energy sector and will determine if the current path can be redirected or if it will continue on the same route we are on now. To again give total legislative control to the Morena party will lead to the modification of the constitution and the absolute end of private investment in the sector. Mexico needs investment, it needs transmission lines, clean and sustainable energy generation, jobs and industrial growth. The only thing that Mexico doesn’t need is inept municipal-level dogmatisms and backwards looking ideologies.

NGI: What are your thoughts on the recent changes to the Electricity Industry Law (Ley de la Industria Eléctrica)?

Rodríguez-Galán: They will continue to be declared unconstitutional, similar to what already happened partially with the Supreme Court ruling in early February of what is known colloquially as the “Nahle policy.”

There isn’t a single element of the proposed changes to the electricity policy that is based on the constitution, however, again, it is being pushed by the dogmatisms and 1970s ideology. There will again be a flood of legal injunctions and actions of unconstitutionality that will succeed because ideology will simply never be above the constitution. If challenged before international courts and treaties, Mexico will lose all judgments.

In the June elections there are two possible outcomes. If we do not change this in June, this administration will modify the constitution, or, the electricity sector and voters will choose to pursue more growth, competitiveness, investments, employment, respect for the state of law, clear rules and elect not to be governed by an antiquated ideology. It’s time to stop moving backwards.

Editor’s Note: NGI’s Mexico Gas Price Index, a leader tracking Mexico natural gas market reform, offers the above question-and-answer (Q&A) column as part of a regular interview series with experts in the Mexican natural gas market. Rodríguez-Galán is the 49th expert to participate in the series.