New Fortress Energy Inc. (NFE) is steaming ahead with another LNG export project in Mexico. 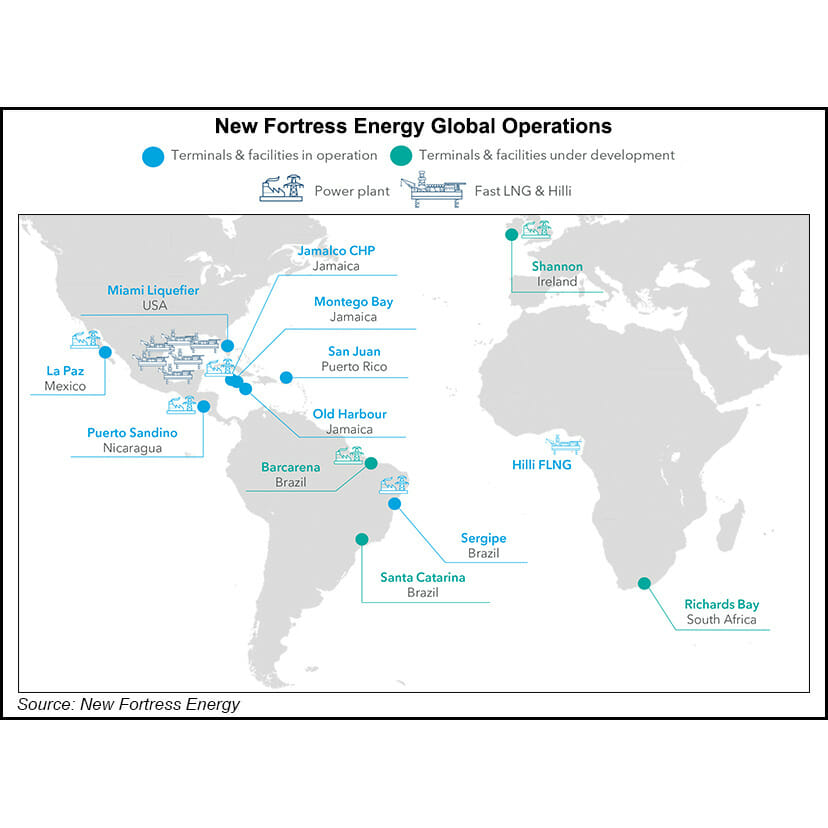 On Tuesday, the company said it had finalized a deal with Mexican state oil firm Petróleos Mexicanos (Pemex) to develop and operate a natural gas field and a liquefaction project off the coast of Veracruz.

The offshore liquefaction plant at the Lakach deepwater natural gas field would be in addition to at least two liquefied natural gas units planned offshore the port of Altamira.

While those other projects will use U.S.-sourced gas, for this project NFE would invest in completing seven offshore wells at the gassy Lakach field over a two-year period.

Plans are for NFE to deploy to the Lakach field its 1.4 mmty Sevan Driller floating liquefied natural gas (FLNG) unit, which is currently being readied in a shipyard in Singapore.

“We are pleased to finalize our strategic partnership with Pemex, which strengthens our commitment to long-term operations in Mexico and we believe demonstrates the substantial value of our integrated natural gas infrastructure business model,” said NFE CEO Wes Edens. “This arrangement represents the first of what we consider to be an ideal formula for the deployment of NFE’s FLNG units to stranded gas plays around the world – one that combines gas for domestic use with low-cost supply for LNG export into global markets.”

NFE anticipates the all-in cost of producing LNG at Lakach will be among the lowest in the world.

The news comes as European LNG imports are fetching record high prices. Given the Atlantic coast location, Europe would be the logical market for the exports. NFE has said it expects to bring online more than half of the world’s total expected LNG capacity additions during the 2023-2024 period.

At Lakach, NFE said it will provide upstream services to Pemex. This would include producing natural gas and condensate in exchange for a fee for every unit of production delivered to Pemex. The fee would be based on a contractual formula based on industry-standard gross profit-sharing agreements.

NFE would also have the right to purchase volumes for its FLNG unit, while Pemex plans to sell the remaining natural gas volumes and all of the produced condensate to its customers onshore.

Edens said, “We appreciate President López Obrador’s continued interest in and support of our development process and look forward to delivering reliable solutions that enhance energy security for the people of Mexico and our customers around the world.”

Pemex discovered Lakach in 2007 and carried out exploration and development activities. But the company stopped development amid oil price declines and a change in strategy in 2014.

NFE and Pemex believe the Lakach field will yield some ten years of production, with the possibility of extending the reserve life if the nearby Kunah and Piklis fields are developed. Coupled with these nearby fields, the area around Lakach has a total resource potential of 3.3 Tcf.

NFE’s competitive edge lies in its belief that it can build and install LNG export projects faster than anyone else.

Speaking last week at LDC Forums’ US-Mexico Natural Gas Forum, CFO Christopher Guinta of NFE said “no one on planet earth is going to turn on LNG faster than New Fortress.” The company expects it can get its modular units up and running in 14-18 months.

NFE expects the first and second LNG units online in Mexico by the second half of next year. Guinta said Mexican authorities were helping with permitting, labor, infrastructure, and other needs.  “I believe that the Mexican president has made this a priority,” he said.

Guinta said he expects the Lakach project to be operable in the second half of 2024, or before the end of the López Obrador presidency.