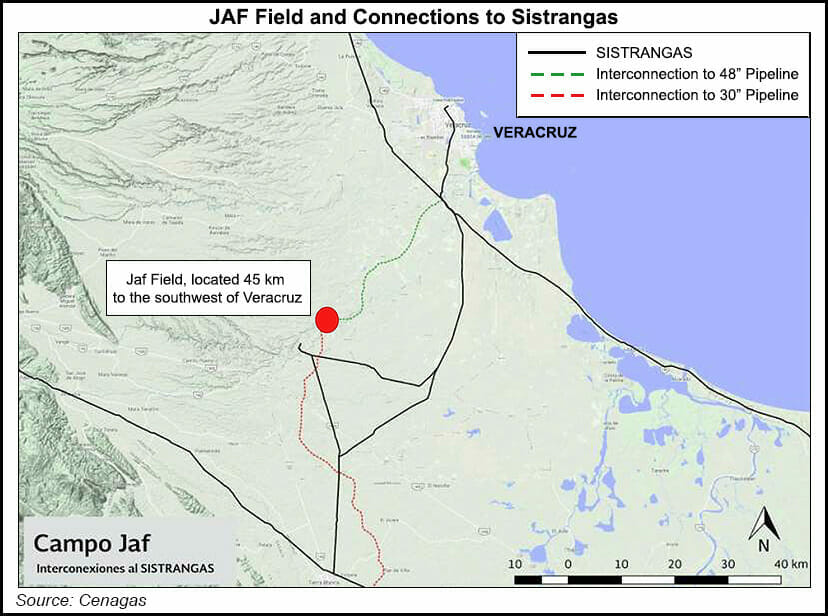 The Consulta Pública, or public consultation process, runs through July 8 and is designed to measure actual and future gas demand in Mexico to help guide market and infrastructure development.

Cenagas, which operates the Sistrangas pipeline system, has said the priority for this year is understanding the “opportunities and needs” in the gas storage market. Last year, the focus was on establishing what the natural gas deficiencies were in Mexico’s south.

In March 2018, energy ministry Sener published a gas storage policy calling for 45 Bcf of strategic inventories to be operational by 2026. At that time a storage construction site was nominated for the first 10 Bcf at the depleted Jaf dry gas field. The current administration in Mexico, however, has not continued with the project.

With the demand picture and gas storage data in hand, Cenagas plans to revise its 2020-2024 five-year plan, which was issued late last year. The five-year plan is focused on improving connectivity between different pipeline systems and expanding access to gas in the underdeveloped south and southeast region.

The reconfiguration of the Cempoala compressor station and the completion of the Cuxtal I pipeline interconnection are part of the effort to increase gas supply in the southeast. The plan also outlines eight natural gas infrastructure projects to be developed. That would require a combined investment of $1.2-1.4 billion. It also includes creating five natural gas hubs spread throughout Mexico.

The Consulta Pública is open to industrial agents and trade groups, and providers, sellers, marketers, transporters and users of natural gas across the supply chain. The process is to be accompanied by virtual workshops and informational events, Cenagas said.

Cenagas said its aim is to develop a gas market that will incentivize industrialization and propel economic development in Mexico. The gas system operator also stressed that the process does not constitute binding commitments nor is it meant to serve as an open season for capacity on Sistrangas.

This is to be the first Consulta Pública to occur under the leadership of former Petróleos Mexicanos (Pemex) executive Abraham Alipi Mena. He took the top Cenagas position from Elvira Daniel earlier this year. Cenagas is also responsible for renewing transport contracts on Sistrangas at the end of June.

Results of the Consulta Pública are scheduled to be published on Aug. 13. More information is available via email.