On March 27, four days after Cenagas announced the results of its first open season for one-year contracts on Mexico’s National Integrated Natural Gas Transportation System (Sistrangas), it called for a second round of bidding to make adjustments for three oversubscribed routes. 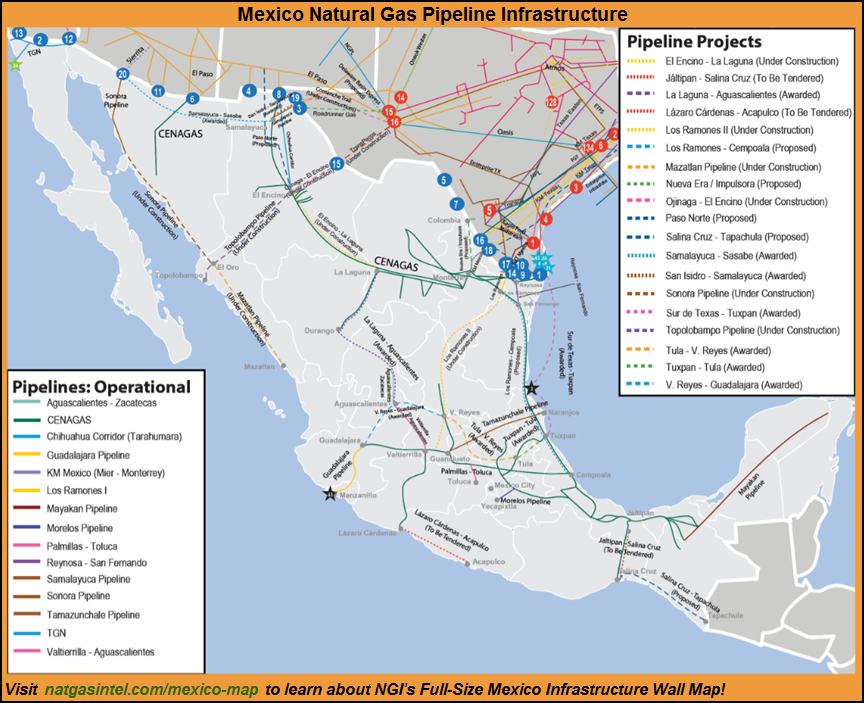 Through April 7 participating companies will be allowed to make new offerings for capacity on oversubscribed routes, updating the monetary additional per unit offers, but not quantities, injection and extraction points or route priorities. Only companies that submitted bids for these routes in the first phase will be allowed to participate in the second round. Companies’ bids are offers to pay a premium over the base tariff across SISTRANGAS’ injection points.

The twenty-three companies’ bids for 18 injection points resulted in oversubscribing the Ramones and Kinder Morgan Monterrey importation ducts (pipelines) and the Cactus gas processing center in the south. The results will be announced April 8, after which companies will be allowed to engage in swaps. One-year contracts will begin on July 1, Cenagas said. Seven of the 18 points received no bids.

On March 23, CENAGAS published the first phase average and median bids and subscription percentages for the Sistrangas open season. The second round of bidding, focused on assigning priorities for contracts on oversubscribed routes, was taking place from March 27 to April 7.

Eight other injection points had subscription levels ranging from 79% to 1%, while seven others received no bids.