Crude oil production in Mexico rose for a fourth straight month in February, although the president indicated this week that the government would likely revise production goals downward for state oil company Petróleos Mexicanos (aka Pemex) amid the current oil market turmoil. 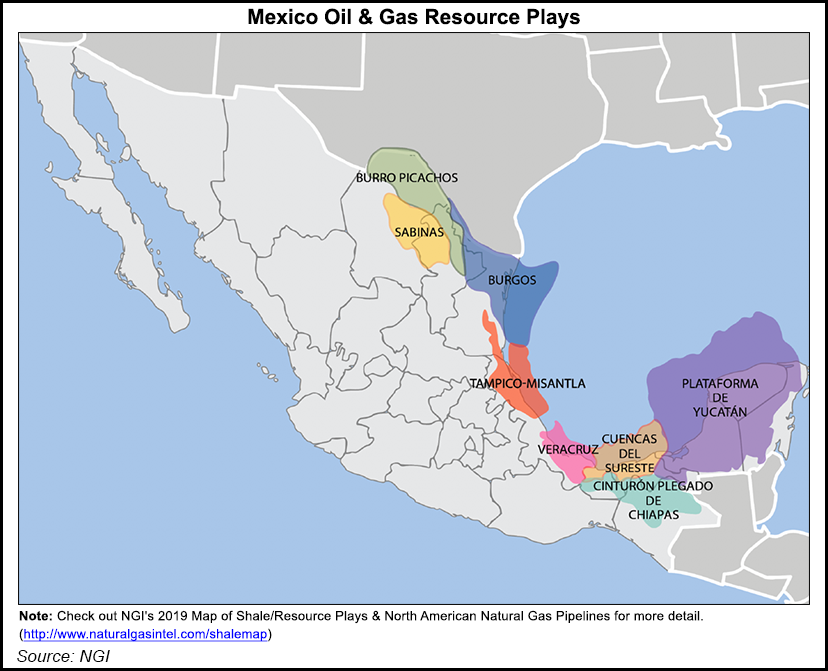 In his daily press briefing on Monday, President Andrés Manuel López Obrador said that due to the recent plummet in oil prices, “we are going to define a production plan, giving priority to the fields where it costs us the least to extract crude.”

As a result, he said, Pemex’s production goals are also being revised.

In early March, shortly before global oil prices collapsed on a price war between Russia and Saudi Arabia and the coronavirus pandemic, Moody’s Investors Service had forecast a 1% increase in oil production by Pemex in 2020.

López Obrador also said the government would not postpone the Dos Bocas oil refinery project in Tabasco state or a plan to rehabilitate the country’s six existing refineries, citing low oil prices as a reason to invest in the refining segment.

IHS Markit analysts expressed a starkly different view Friday, forecasting a 33% year/year decline in gasoline demand in April and a 60% plunge for jet fuel, with the most severe demand destruction seen in Europe and North America.

On the upstream side, exploration and production (E&P) contracts awarded under Mexico’s 2013-2014 market-opening constitutional energy reform, including the 100% Pemex-operated Ek-Balam project, produced 107,178 b/d of oil and 250.4 MMcf/d of gas in February, up 45.9% and 45%, respectively.

Mexico’s crude oil export basket price, for which the Maya heavy/sour grade is the main component, stood at $16.06 as of Wednesday, after averaging $56.01 in 2019.

Mexico’s IPGN monthly natural gas price index, meanwhile, averaged $2.71/MMBtu in February, down from $3.82 in the year-ago month, according to the Comisión Reguladora de Energía (CRE).