“We firmly believe that Mexico can take much better advantage of its national natural gas basins to compensate for the imports and at the same time attend to the increased demand for natural gas,” Juan Manuel Delgado, President of Mexico’s Hydrocarbon Companies Association, AMEXHI, told NGI’s Mexico GPI. 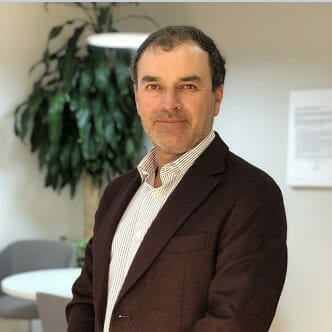 “Mexico has to make a change to a clear and aggressive policy regarding the development of the gas reserves in the country, and we can’t continue waiting as our energy dependence continues to grow,” he added.

Delgado, who has served as the president of AMEXHI since 2020, is also a senior advisor to Wintershall DEA Mexico. From 2015-2021, Delgado was the Mexico Managing Director of Wintershall DEA, a German oil and gas company that won rights to explore for Mexico hydrocarbons in 2015. Previously, Delgado worked at Schlumberger Ltd. for 31 years, where he worked as the Mexico and Central America Chairman from 2013-2015 and as the company’s Mexico Managing Director from 2005-2013, among other roles.

Delgado holds an MBA from the International Institute for Management Development (IMD) and an undergraduate’s degree from the Universidad Nacional Autónoma de México (UNAM), where he studied petroleum engineering, field management and finance.

NGI: AMEXHI recently held an event with members of the Mexican energy industry. In your opinion, what’s the mood of the industry currently and what were the most discussed topics at the National Oil Convention?

Delgado: The National Oil Convention was an event where we managed to bring together authorities, specialists, business leaders and experts from the sector for the sixth consecutive year to talk about decisions that need to be made for the exploration and production of hydrocarbons to have a prosperous future in Mexico.

I think there was a consensus about several themes that were discussed at length. One of them was the importance of maintaining an open and constant dialogue with the industry’s authorities and regulators to find common ground, reach agreements and create mutual synergies that allow us to improve the sector from different angles. This dialogue allows us to share the vision of companies about the new regulations that the government wants to implement, how to improve compliance of our obligations and become more efficient in certain operations of the sector, among other topics.

A second topic that was widely discussed was about the advances the industry has experienced in the seven years since the first bid round to award exploration and production contracts. For example, in terms of exploration activity, 17 discoveries have been reported that, added together, equal more than 2.066 billion boe, which has increased Mexico’s total associated hydrocarbon reserves by up to seven times (which is the case of the 2P reserves) what they were prior to the bidding rounds. These new reserves contribute to the national portfolio of hydrocarbon reserves in a significant way.

On the hydrocarbons production side, 21 companies that operate 32 contracts produced on average 97,000 b/d of crude and 240 MMcf/d of natural gas during the month of March. This activity means that more than $4.41 billion dollars were transferred to the Mexican Petroleum Fund and towards the social and environmental programs that companies have developed in 120 communities in the country. We expect to reach soon our first 100,000 b/d, which is a milestone that shows the commitment of the companies to comply with the contracts that operate today. [Private sector production reached 101,000 b/d in May, according to data released after this interview was conducted.]

A third and final theme that was discussed was the future of the hydrocarbons industry, both in operational terms as well as the role that it will play in the energy transition. The conference’s keynote speaker, Blas Pérez, of Stanford University, the opening comments by Verónica Irastorza of Brattle Group, as well as the participation of the CNH President Commissioner Rogelio Hernández and the ASEA President Ángel Carrizales in the various panels were vital to open the debate about how to take advantage of available technologies to improve carbon capture and storage, the guidelines of the Sustainable Development Objectives of the United Nations and the energy transition where natural gas plays a vital role to reach these goals.

Delgado: We are obviously seeing a large increase in fuel prices and we aren’t the exception to the impacts that come with it, however the government has intervened to subsidize the natural gas and gasoline prices in the country so that the elevated prices don’t impact the consumers in such a drastic fashion. At the same time, we are being affected by inflation that we are experiencing globally and that causes work programs to be more conservative in terms of their expectations.

Due to the nature of the contracts, in these times high hydrocarbons prices do not directly result in increased activity for companies, and we don’t expect a substantial increase in activities given that more than 80% of the contracts are for exploration and the large majority are for offshore, which can’t easily accelerate their plans. Additionally, we have to comply with the permits of the authorities to be able to make any sort of change to operational plans. The decisions within the E&P sector in Mexico normally include scenarios where the approved development plans are designed long in advance, meaning that potential attempts presented to regulatory bodies to increase development activity might take significant time to be approved.

NGI: In your opinion, what could Mexico do to strengthen its natural gas industry?

Delgado: The demand for natural gas in Mexico has increased considerably in the last decade; a more than 25% increase in total demand, according to data from the Energy Ministry. The forecasts indicate that the demand will continue increasing in the upcoming decades.

However, despite that Mexico has ample natural gas reserves — more than 21 trillion cubic feet in 2P reserves according to the National Hydrocarbons Commission as of Jan. 1, 2022 — national production has declined and today that large part of that demand is supplied by imported natural gas. Of the 8.2 Bcf of natural gas that is used every day in Mexico, more than 5.6 Bcf, some 70%, come from basins that aren’t Mexican.

We firmly believe that Mexico can take much better advantage of its national natural gas basins to compensate for the imports and at the same time attend to the increased demand for natural gas. Mexico has to make a change to a clear and aggressive policy regarding the development of the gas reserves in the country, and we can’t continue waiting as our energy dependence continues to grow.

Mexico has the basic pipeline infrastructure in place to ship natural gas to almost the entire country and should continue investing in this network to reach every corner of the nation. We can’t solely depend on liquid hydrocarbons.

NGI: What are your thoughts on the current regulatory environment in Mexico and what are the biggest challenges in your opinion?

Delgado: To start their operations, companies have experienced overregulation. This has been worked on in programs together with the government to be improved, and we are contributing continually so that they’re simplified. The time required to make these simplifications to the regulatory process is lengthy, and we have to advance quicker to keep facilitating investment into operations.

We believe dialogue with the authorities is the principal tool so that the energy sector prospers in all of its productive chains, including hydrocarbons. Fortunately, we have had the opportunity to exchange opinions with the authorities and we have a relationship of respect and collaboration with the regulators of the sector, and we believe that administrative simplification will continue to be a challenge in the upcoming years.

As an example of the worries that we have, it is worthy to mention that the government board of the National Hydrocarbons Commission is operating with the minimal number of commissioners required. We hope that the new nominees in the upcoming ordinary sessions of the congress which starts in September, will be given time and formation to avoid a lack of a quorum in January 2023. We know that this topic is on the radar of the authorities and we hope that it soon has a resolution.

The important thing for us is that the regulatory entity maintains its operations so that the hydrocarbons industry, with all of its participants, can continue to provide benefits to the country.

Delgado: It’s a broad question, so I’ll speak just to the hydrocarbons industry.

The companies that currently have contracts are committed to continue advancing their plans and work programs. Of the 110 contracts that are currently in operation, the majority are in an exploration phase or an evaluation phase with several deposits discovered that will begin operations in the upcoming months or years. In some areas where there are already deposits discovered, exploration activities are being carried out currently.

The government has declared that there will not be more bid rounds the rest of this administration, however the benefits of these 110 contracts are palpable and clear, including how they have contributed to overall hydrocarbon production in Mexico, increased national reserves, boosted investment activities, brought in royalties for the government and social benefits to citizens without the government having to invest in exploration risks or to increase production.

This should allow for decisions to be made to assure that the activity in the industry that began in 2015 is maintained and continues to be developed to increase tangible benefits to the country. The benefits include new hydrocarbon discoveries, new information provided to the state, jobs, economic opportunities, social programs and income for the state. We have great potential in Mexico and the government should take advantage by proposing new investments and participation opportunities for all the members of the sector, as the companies currently in the industry are ready and willing to increase their activities.