The timing of a disagreement between the Mexican government and several natural gas pipeline developers could hardly be less opportune for the country, with gas prices at record lows and the Yucatán peninsula facing an acute shortage of the fuel. 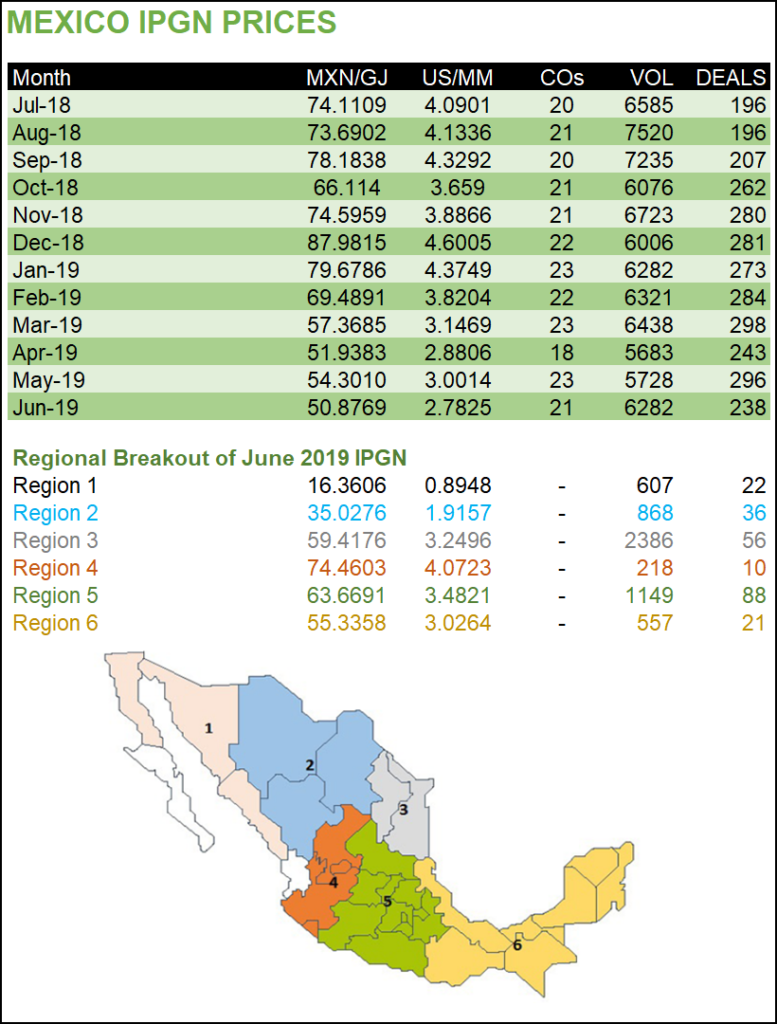 The price was down from the May average of $3.001/MMBtu, reflecting a drop in U.S. gas prices, to which a majority of transactions in Mexico are indexed.

The Henry Hub spot price averaged $2.40/MMBtu in June, down from $2.64/MMbtu in May. Takeaway constraints in the Permian Basin continue to put downward pressure on gas prices, although the impending full ramp-up of Kinder Morgan Inc.’s 2 Bcf/d Gulf Coast Express pipeline is expected to provide some relief.

Meanwhile, the pipeline fracas in Mexico, particularly as it relates to the 2.6 Bcf/d Sur de Texas-Tuxpan marine conduit, is preventing the country from fully taking advantage of low gas prices north of the border.

Developers TC Energy Corp. and Infraestructura Energética Nova (IEnova) in June announced the long-awaited completion of the $2.5 billion pipeline, which is meant to connect the Agua Dulce hub in Texas with Mexico’s Sistrangas national pipeline grid via the Montegrande interconnection in Veracruz state.

However, the pipeline’s anchor customer, Mexican state power utility Comisión Federal de Electricidad (CFE), has refused to allow commercial gas to begin flowing on the pipe as CFE seeks to renegotiate the gas transport services contract it holds with TC Energy and IEnova.

CFE said Monday that it had held the third round of talks with executives from IEnova, TC Energy, Grupo Carso, and Fermaca, as part of CFE’s effort to renegotiate the transport contracts it awarded the developers of seven pipelines, among them the Sur de Texas-Tuxpan line.

“In this meeting, CFE and the companies agreed to create a working group to jointly analyze the financial variables, in order to unify criteria that allow for a common understanding,” CFE said, adding that it continues to meet individually with each of the firms.

CFE said that the working group would meet weekly “until agreements are reached under the framework of legality, and in benefit to the development of Mexico.”

Industrial groups have called for a speedy resolution to the marine pipeline dispute, citing the importance of natural gas for Mexico’s economy.

Pipeline and LNG imports combined to account for 68.2% of Mexico’s total gas supply during the same month, according to energy ministry Sener, up from 65.6% in May 2018.

Twenty-one marketers in Mexico reported 238 transactions for a total volume of 6.282 Bcf/d in June, according to the IPGN. This compares to 23 marketers reporting 296 deals for 5.728 Bcf/d in May.