Mexico has rescheduled a natural gas capacity auction on its import pipeline network for August, after failing to draw any bids on Monday. 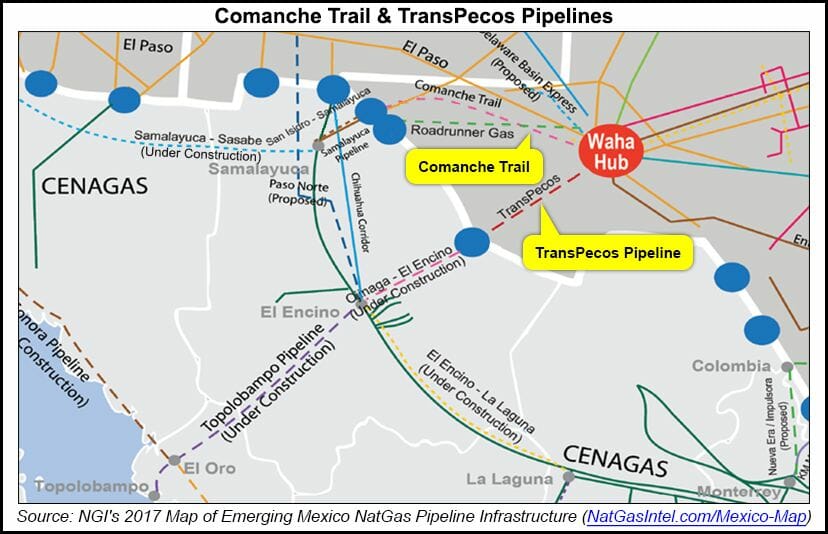 “Although marketing companies had shown interest in participating in this auction, none of them completed the registration process or presented any offers,” Cenagas said on Monday.

CFE, through subsidiary CFE International, plans to put the same capacity on the same five pipelines up for tender again on Aug. 10, according to Cenagas. The auction would offer one-year contracts beginning Sept. 1 to Aug. 31, 2018.

Waha-Presidio, which feeds into the Ojinaga-Encino pipeline in Mexico, accounts for 54% of the capacity available in the auction, followed by the Comanche Trail Pipeline LLC’s San Elizario Crossing project in El Paso County, TX (32%) and Roadrunner Gas Transmission LLC (13%) pipelines. The remaining 1% of capacity on offer is split between the El Paso Natural Gas and Wilcox Lateral import points.

The operator heldits first auction for cross-border capacity in February, assigning 29% of the 735 MMcf/d offered to one supplier, BP’s Mexico subsidiary, and two large end-users, Industria del Alcali, and Fabrica de Envases de Vidrio del Potosi. The winners all paid the base rate of 31 cents/MMBtu.