“It appears the demand for electricity is beginning to grow again as the economy recovers and that, if there is a sudden spike in demand, for example, the supply isn’t going to be there to meet it,” Víctor Florencio Ramírez, directing partner at Mexico City-based consultancy Perceptia21 Energía, told NGI’s Mexico GPI. “We’re going to have a country with serious problems in some areas and regions, specifically where there are energy shortages, and these will likely be accompanied by outages and blackouts.” 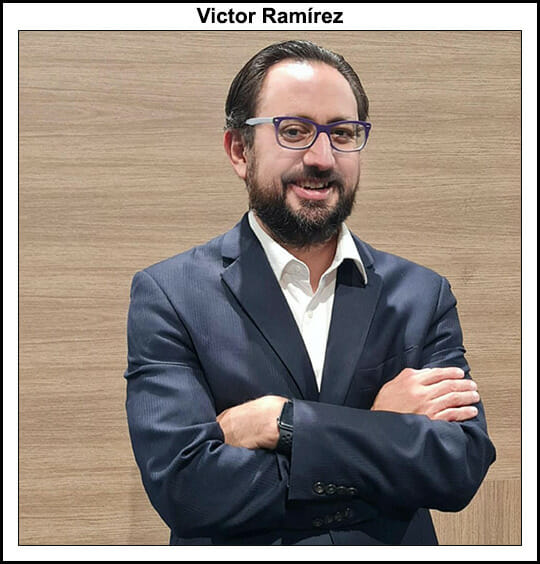 He added: “In 2022, similar to previous years, it seems inevitable that we will see some problems arise due to lack of supply. The red lights, or at least the yellow lights, are flashing, and yet it appears little is being done to prevent such an event and that what is being done isn’t happening very quickly.”

Ramírez, who has been with Perceptia21 Energía since January, specializes in clean and renewable energy and electricity project development. Part of his role as directing partner includes communicating issues within the energy sector to people who are not industry specialists to assist them in understanding the global energy transition.

He was the executive director of the National Solar Energy Association from 2016-2019 and has held several roles in the sector and in government, including as an advisor within the Mexican Senate.

NGI: In your opinion, what were the key moments in the Mexican energy sector in 2021?

Ramírez: Given that my focus is largely on the electricity sector, I would say there were three key moments in the Mexican energy sector this year.

The first, of course, was the big issue of natural gas from February of this year, particularly Feb. 14 and 15, that sparked a debate that, from my point of view, was flawed and and misinformed in that it blamed the energy market at large for what happened when the truth is that it was due to a lack of crisis planning and a lack of redundancy. I really think that was the first big moment of the year for the sector and awakened debate and dialogue about what should be happening to avoid such an event and the importance of the transmission and natural gas storage projects that were stalled or abandoned previously. Additionally, it exposed that the country doesn’t have the hedges in place to guarantee natural gas at reasonable or accessible costs for the Mexican electricity system.

The second key moment of the year, was the presentation and approval of the Electricity Industry Law, which, in my opinion, led to the third most important moment of 2021, which was when a series of injunctions were filed and were successful in impeding the reform. The resulting suspensions were able to block the implementation of the law and opened the debate in the court about the constitutional integrity of the reform.

To date, the reform continues to strike me as quite strange because there is a disconnect between what is written in the initiative and what the government is communicating through its media channels. It seems like there is a war of the deaf within the government in which neither side is listening to one another and that there are different visions about what the reform aims to achieve.

So, in my opinion, these were the key moments of this year.

NGI: The energy reform proposal of the government has really dominated the industry in the past months. What are your thoughts on it and what do you anticipate will happen with the reform in 2022?

Ramírez: In regards to the proposal, the truth is that I see it as something that is non-negotiable. It can’t be accepted in any form; not in its entirety or in a modified form or partially. Any part of the initiative accepted would have strong adverse effects, not only on the energy or electricity sector, but for the country in general in terms of productivity, clean energy development and the state of law. The truth is that it is a very dangerous initiative, including for the Comisión Federal de Electricidad (CFE), because it aims to return the power to the state without having the means in place to take on that much responsibility. I view it as a very dangerous reform.

Over time, I’m more convinced that it is a political effort that, whether it has positive or negative effects, is politically motivated. It’s impracticable and unviable and technically, it is very dangerous in terms of energy security.

I don’t think it will be approved and I think that the truth is that it was presented to generate a polemic environment and feed the nationalistic discourse of the president. I hope that’s the case and that it becomes less politicized and that it is rejected as it is currently. I understand that there are sufficient legislators from the PRI that intend to vote against the legislation, as well as legislators from the PAN, PRD and Citizens’ Movement Party that have said it won’t pass in Congress and that the Senate bloc that opposes the initiative will also vote to block it.

NGI: So you view the reform initiative as more of a political strategy than a proposal to overhaul the energy sector?

Ramírez: I think so, yes, and I hope that’s the case.

NGI: Next year, 2022, will be the fourth year of the current administration. What is your forecast for the Mexican energy and electricity sector in 2022?

Ramírez: First, everything indicates that there will be a small recovery in economic activity, maybe not as much as we’d like, but it seems there will be an economic recovery and that electricity demand will increase as a result. As a result, we’re going to have a country with serious problems in some areas and regions, specifically where there are energy shortages, and these will likely be accompanied by outages and blackouts. I think the Baja California South state could have severe problems, as well as the northern part of the peninsula. I also think the Yucatán Peninsula will have potential electricity shortage issues, as well as other regions where they’ve started to have some energy shortage issues.

The CFE is continuing to have more issues and problems that are not related to electricity markets but rather their lack of expertise to carry out their plans. I understand they’ve awarded contracts to modernize hydroelectric plants, which would add around 240 MW of capacity, which is a very small amount that won’t be ready for a few more years. I also understand that the CFE has not received offers for the combined-cycle projects that the company hoped to develop and has thus abandoned the auctions. I also understand the CFE has plans for some auctions and to award some generation permits, as well as to develop some cogeneration projects, though I don’t see much beyond that. I really don’t see a lot more electricity supply becoming available and, with the likelihood of increased demand, it could create some problems in terms of availability of power. If more generation projects don’t come online soon, it will likely mean a lot more risks of outages for the system.

NGI: Obviously, power outages and blackouts were a major issue this year in the sector as well for the people of Mexico and the U.S. Why do you foresee more power outages in 2022?

Ramírez: As I mentioned, it appears the demand for electricity is beginning to grow again and that, if there is a sudden spike in demand, for example, the supply isn’t going to be there to meet it. The government – as we say in baseball jargon – can’t pitch and can’t catch and doesn’t let other people bat. And, because the government hasn’t had bidders to develop combined cycle plants, hasn’t increased supply, isn’t awarding permits or developing new projects, there are going to be shortages.

It’s possible that the blackouts won’t be general, widespread blackouts, but it is possible that there will be some outages in certain areas of the country where supply is limited and storage is minimal or nonexistent. So, in 2022, similar to previous years, it seems inevitable that we will see some problems arise due to lack of supply. The red lights, or at least the yellow lights, are flashing, and yet it appears little is being done to prevent such an event and that what is being done isn’t happening very quickly.