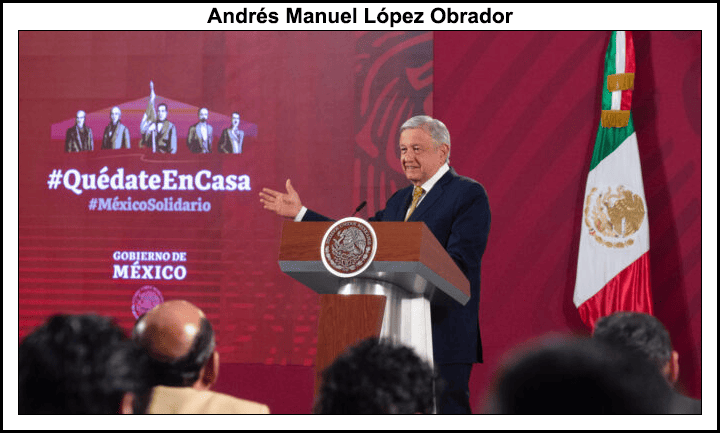 Activity in the mining, construction and manufacturing segments fell by 2.1%, 9.5% and 2.2%, respectively, INEGI data show.

The decline is likely the tip of the iceberg as the full effects of the Covid-19 pandemic and oil price war are felt on both sides of the US-Mexico border, according to the Baker Institute for Public Policy’s Tony Payan, who directs the think tank’s Center for the United States and Mexico.

While Mexico serves as a vital outlet for pipeline natural gas exports from Texas, a manufacturing slowdown south of the border could put a dent in those exports, Payan said during a webinar discussion Wednesday with the Baker Institute’s David Gantz, Will Clayton Fellow in Trade and International Economics.

Conversely, a plunge in U.S. gasoline demand could impact crude oil exports from Mexico to U.S. refiners, the primary consumers of Mexican oil, said Gantz, who also is the Samuel M. Fegtly Professor of Law at the University of Arizona’s James E. Rogers College of Law.

IHS Markit analysts are forecasting that U.S. gasoline demand could fall by as much as 4.1 million b/d, or more than half, during the Covid-19 response period, and that “The magnitude of gasoline demand decline will be much greater than the impact of the 2008 recession – and could be further protracted depending on how effective social distancing measures are at controlling the spread of the Covid-19 virus.”

“The Mexican oil industry is definitely in trouble,” Payan said, citing the precipitous fall in the Mexican crude oil export basket price amid the turmoil facing the global oil industry. The basket price stood at $16.65/bbl as of Wednesday.

State company Petróleos Mexicanos, or Pemex, supplied about 10% of the Mexican government’s revenue in 2019, according to Fitch Ratings.

Gantz said the coronavirus pandemic is likely to trigger a “much deeper recession than 2008” in the United States, which is the destination for about 75% of Mexico’s total exports.

In a note to clients published Monday, analysts at Bank of America said they are forecasting a contraction of 8% for Mexico’s economy in 2020, with downside risk due to a lack of confidence in the economic response measures proposed by president Andrés Manuel López Obrador’s government.

Mexico’s Consejo Coordinador Empresarial business chamber this week expressed a similar view, calling López Obrador’s response “incomplete,” and imploring him to adopt a series of CCE proposals to preserve the formal and informal jobs of 36 million Mexicans and keep small and medium enterprises afloat during the pandemic and its aftermath.