The promotion of strategic natural gas inventories in Mexico should pave the way for a commercial storage business to emerge from the country’s incipient gas market, according to government officials. 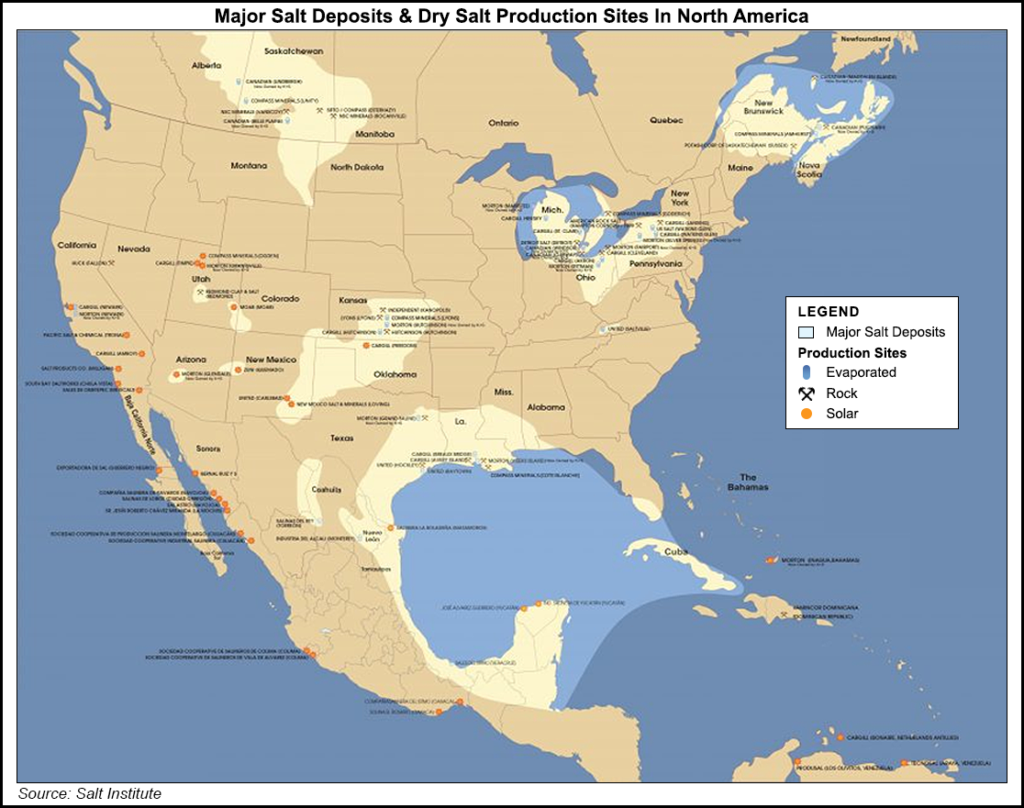 The Energy Ministry (Sener) is putting the finishing touches on a draft natural gas storage policy, first released for public comment in December. The centerpiece proposal is a strategic reserve mandate for the state-owned operator of Mexico’s largest pipeline network, the Sistrangas.

The policy requires the Centro Nacional de Control del Gas Natural (Cenagas) to hold 45 Bcf of working gas in storage, equivalent to five days of projected gas demand in 2029. Per the draft, Cenagas is to call a tender later this year to award the first contracts to build the strategic inventories. The 45 Bcf, which may be stored in one or several underground facilities, must be operational by 2025 at the latest.

Mexico currently has no underground storage sites. The absence of long-term, large-scale storage options is a major concern for the country’s energy industry, which is in the midst of a massive buildout of the national gas transportation network that is also boosting dependence on U.S. pipeline imports. Mexico now uses its three liquefied natural gas (LNG) terminals for short-term balancing, but remains vulnerable to supply disruptions north of the border.

The upcoming Cenagas project tenders are focused on energy security, and the strategic inventories would not operate on a commercial basis. The cost of building and maintaining the 45 Bcf will be “socialized” through a system-wide tariff. Moreover, Sener is to regulate the use of the inventories, which would be available for withdrawal only during critical supply emergencies.

However, Energy Ministry officials are also hoping that the inventories will serve as a catalyst for Mexico’s first commercial natural gas storage market.

“We believe there are openings for commercial storage in Mexico, but that this would require the development of facilities within the country,” Sener’s David Rosales, director general of natural gas and petrochemicals, told NGI. “In other words, with the policy we unleash this storage infrastructure based on our strategic needs, but where the ancillary goal is boosting the attractiveness of having commercial storage in the country.”

In fact, developers that win contracts in the Cenagas tenders would be required to hold open seasons before beginning the project design phase to gauge that market’s interest in commercial storage.

Industry sources noted that certain conditions needed for commercial storage to become viable have yet to emerge in Mexico’s nascent gas market, namely a higher volume of trading activity.

“The first condition would be a liquid market with large players who can, furthermore, take long-term positions,” Tania Ortiz Mena told NGI. She is executive vice president for development at Infraestructura Energetica Nova (IEnova), the Mexico subsidiary of Sempra Energy. “Anchoring those first [commercial storage] projects will always require medium- or long-term commitments, something which is not yet possible.”

To value storage commercially, Ortiz Mena said the market would need a “better reading” of demand seasonality on the Mexican gas pipelines that have recently come in service, or are expected to start operating this year or next.

While it does not experience pronounced seasonal swings akin to the United States, Mexican gas consumption peaks during the summer, when high temperatures drive up electricity demand.

However, “if you ask me about the seasonality on the Ramones pipeline or on Sasabe-Guaymas or Ojinaga-Encino, I would tell you that I have no idea because they’ve been operating for only six months or a year,” Ortiz Mena said. “This is new gas demand for which we don’t have any historical data.”

“When you have more transparent pricing in the demand area, that would be a substantive improvement on the current situation,” Que Advisors managing director Peter Nance told NGI. In a more developed market, “basically you would have spreads that you could look at to value the worth of storage and what you would pay for it. That same process isn’t present yet” in Mexico.

The Energy Ministry has expectations that the domestic market would eventually “offer storage services at competitive and attractive prices that don’t include the transport adders that users currently must pay in order to bring in gas from the United States,” Rosales said.

Competing with the much larger, more mature U.S. storage market is not an easy proposition, according to Ortiz Mena. “The existing sites in the United States are large projects that, in some cases, have been operating for a long time and are able to offer very short-term contracts.”

The U.S. South Central region is the closest source of storage for Mexico. The region’s working gas in storage currently sits at 719 Bcf, 309 Bcf lower than this time last year, and 222 Bcf below the previous five-year average.

Sener is bullish on the development of a domestic market for commercial storage. Rosales cited a 2017 survey by Cenagas that identified existing demand for storage services among Mexican shippers, and said he expected that demand to grow as the gas market becomes more liquid.

“We’ll see things starting to move one or two years after this strategic infrastructure comes in service,” Rosales said. He compared the evolution of the storage market to Mexico’s pipeline capacity reservation regime, outlined two years ago in another Sener policy document. “Today we are very close to having a secondary market for pipeline capacity precisely because we already have a primary market for it.”

Industry sources also say that commercial storage could become a viable business in Mexico within three years at the earliest.

“I think the whole country of Mexico realizes the benefits of having a vibrant, competitive energy market, so it will happen. It’s just a question of how long it would take” for a commercial storage market to emerge, he said. “Two or three years from now — certainly three — I think it’s going to look a lot different than it does now.”