There could be increased bilateral cooperation between the United States and Mexico in several energy sectors, including development of the Eagle Ford Shale south of the border, depending on developments in Mexico’s latest reform government, according to an expert on Mexican policy. 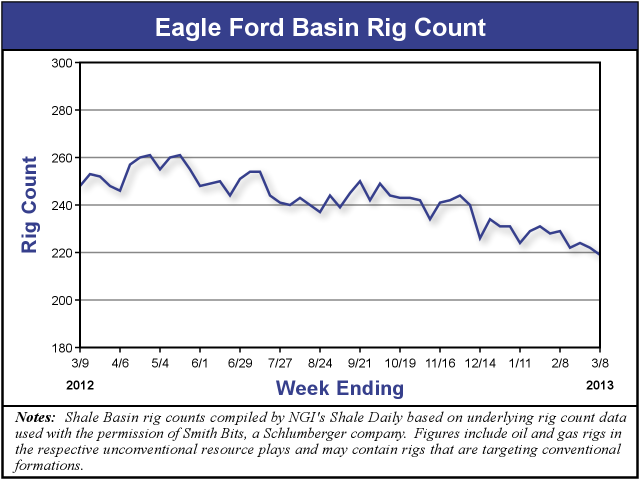 “Looking ahead to the next four years of interactions between the governments of Mexico and the United States, there is the potential for an enormously fruitful relationship in energy affairs. Much of this depends on two key factors: political will and the internal changes that are under way in Mexico’s energy sector,” said Duncan Wood, director of the Washington, DC-based Woodrow Wilson International Center’s Mexico Institute.

Bilateral energy cooperation between the United States and Mexico holds “great promise” in the development of Mexico’s shale resources, as well as increased investment in pipelines to export gas from the United States, the development of oil and gas reservoirs along the two countries’ maritime boundary in the Gulf of Mexico (GOM), and the creation of a cross-border electric transmission network, Wood told the House Foreign Affairs Committee’s Subcommittee on the Western Hemisphere Thursday.

In the past, “political sensitivities” concerning U.S. involvement in the Mexican hydrocarbons industry have limited the extent of collaboration between the two nations’ oil and gas sectors. But there has been a “relaxation of sensitivity in this area” in recent years, partly due to the perceived need for international assistance in resolving Mexico’s multiple energy challenges (see Shale Daily, Sept. 13, 2012), he said.

“In the area of natural gas…Mexico’s impressive potential for shale gas can only be realized after a significant reform of the sector to allow for greater private participation. U.S. firms have the opportunity to be leaders in the development of the resources [by] building on their experiences in the Eagle Ford formation,” Wood said.

The Eagle Ford Shale play extends into Mexico, but all of the production is currently on the U.S. side of the border. According to NGI’s Shale Daily Unconventional Rig Count, the Eagle Ford is currently the most active U.S. unconventional play by rig count. For the week ending March 8 there were 219 rigs drilling in the play, which is down 1% from the 222 rigs in operation the previous week and down 12% from the 248 rigs at work one year ago.

Progress could come from the reformist government of President Enrique Pena Nieto, who took office in December and already has lined up support from opposition party leaders on a reform timetable that includes energy.

“After 12 years of gridlock, you now have a way of negotiating between the parties that enables legislative progress,” Wood, recently told the Financial Times. “It has become the central negotiating mechanism for Mexican politics today.”

Wood told the House panel that “major investments are needed in pipeline infrastructure, both to bring gas across the border from the United States into Mexico, and within Mexico to bring the gas to the millions of potential consumers who are currently without access to natural gas.”

Moreover, “there is great potential in the developing collaboration through the Transboundary Hydrocarbons Agreement, signed in early 2012” by Mexico and the United States. The transboundary agreement removes a ban on exploration and production activities in nearly 1.5 million acres of the U.S. Outer Continental Shelf, which the Interior Department estimates contain as much as 304 Bcf of natural gas and 172 million bbl of oil.

The agreement also would open resources in the Western Gap — located in the western planning area of the GOM — that were off limits to both countries under a previous treaty that imposed a moratorium along the boundary through 2014. The U.S. Senate and Mexican Senate must approve the deal.

Wood further said the two countries should work toward the creation of a truly integrated market for electric power at the regional level, with special emphasis on the issue of a more complete cross-border transmission network.