Business leaders in Mexico’s northern Gulf state of Tamaulipas fear that a potential ban on hydraulic fracturing (fracking) used in unconventional oil and natural gas drilling could doom their economically depressed region to a future of more poverty and crime. 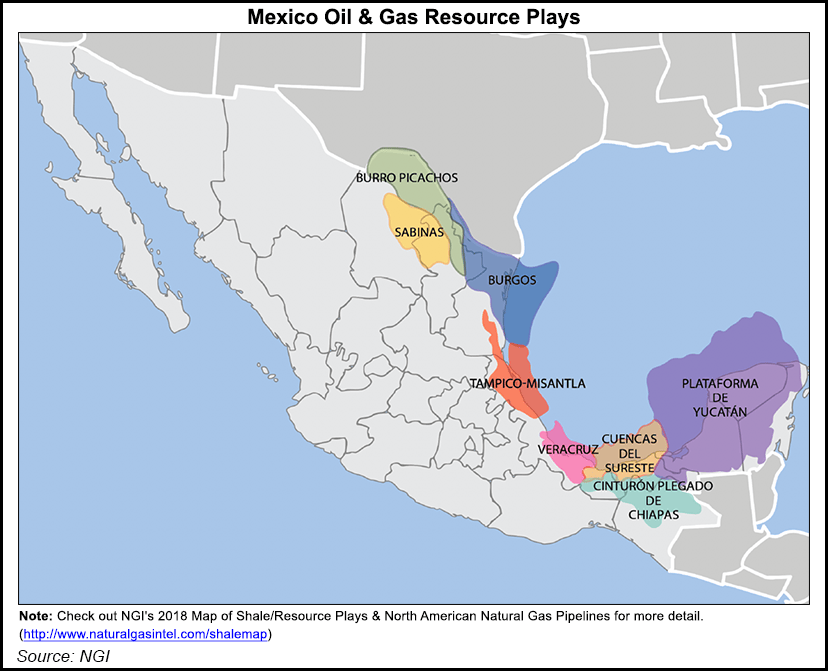 With little time to spare before a promised Round Three auction of nine blocks of unconventional blocks — Round 3.3 — scheduled for February, the fracking issue has to be resolved, said Tamaulipas Energy Center President Constantino Castillo, who discussed the auction during a press interview.

“Early this year, the Energy Ministry announced that it was offering nine blocks of non-conventional sources to be auctioned in the Burgos Basin. But the tender was postponed until February of next year,” Castillo said. “Now there are doubts as to whether it will go ahead at all. There are a lot of doubts, not least because of what has been said about fracking and the impact it could have on the environment.”

Castillo was referring a a recent remark by President-elect AndrÃ©s Manuel LÃ³pez Obrador that many saw as presaging a ban on fracking during his administration.

“But we can see how in the U.S. they’re producing a huge amount of gas, at very low prices, with the use of fracking,” Castillo said. “We’d love to see that on this side off the border.”

He wants an open debate on the issue to be held soon in view of the February deadline for the 3.3 auction. “What we need now is to assess the costs and benefits of a ban on fracking,” he said. “We’ve got to resolve this here and now.

“If we don’t go ahead with fracking now, within five or 10 more years we could be left behind completely when other technologies take over. And if the auction doesn’t go head we will be saying goodbye to about 30,000 jobs that are badly needed in the state. We need a public debate about all this, with specialists and academics taking part in the consultations.”

In an appeal to the left-leaning policies of the future LÃ³pez Obrador government, Castillo added, “We want the new government to know about the potential benefits in social and economic terms of fracking.”

“Time is running short,” said Mexico-based Luis Miguel Labardini, a partner in consultancy Marcos y Asociados. “Nobody will enter the auction unless than can be assured of being allowed to frack. The issue has to be tackled now.”

Labardini is not 100% sure that LÃ³pez Obrador will ban fracking. He has announced “ambitious production goals for oil and gas, and fracking could certainly be one way to achieve them.”

Analyst Arturo Carranza of the Mexican National Institute of Public Administration agrees on the urgency and also sees potential for flexibility in LÃ³pez Obrador’s mindset.

“He has revised and amended his views on several issues. Fracking, however, is only one of the potential pitfalls in the road to a shale revolution in Mexico,” he said, pointing to issues of infrastructure, property and mineral rights as others.

“Mind you,” he said, “there are plenty of other opportunities in Mexico to boost production of oil and gas. The pre- and sub-salt of the deepwater Salina Basin in the southern Gulf to name but one,” Carranza said.

Only two companies have entered the pre-qualification of the Round 3.3 auction, state-owned Petroleos Mexicanos (Pemex) and Southerngeo Mexico SAPI de CV. In addition, Tonalli Energia SAPI de CV and Tecpetrol Internacional SLU have been given access to the data room, while Trafigura Mexico SA de CV has paid an inscription fee.

In addition to those five operators, the National Hydrocarbons Commission, or CNH, lists three more companies that have not been identified but have “shown interest.”

Spain’s Tecpetrol Internacional is a member of the Techint Group, which has a long record of upstream activities throughout Latin America, including the Vaca Muerta Basin in Argentina.