It could be a long road back for deflated methanol prices, and recent declines in oil and oil-linked commodities, and overall global economic headwinds are likely to continue to pressure methanol prices in the near term, according to Fitch Ratings. 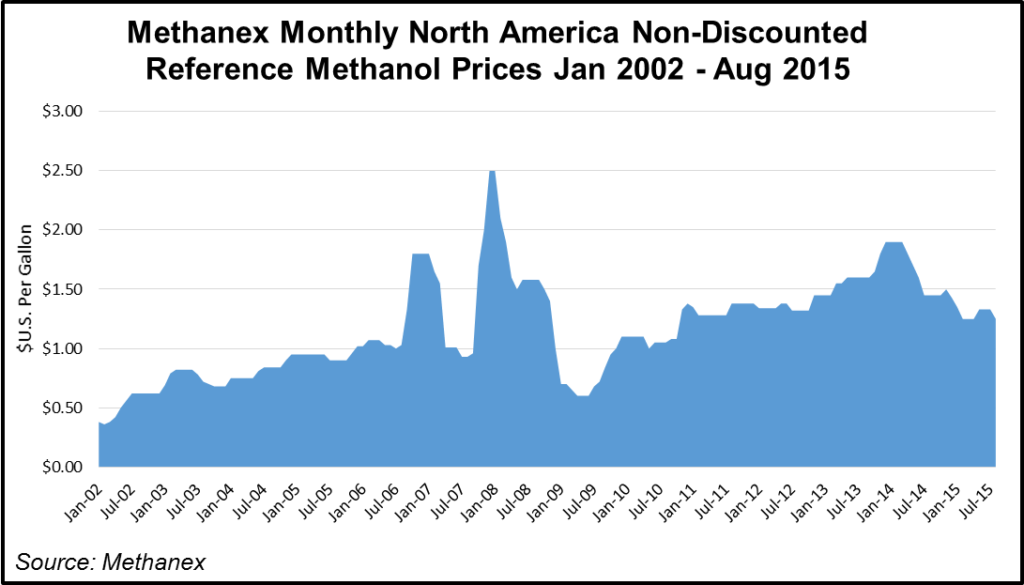 Gradually rising energy prices are expected to be the primary driver for methanol’s price recovery, along with growth in methanol used for energy applications, such as fuel blending, and methanol-to-olefins (MTO) processes, which use methanol as a feedstock to make chemical derivatives such as propylene and ethylene, Fitch said.

“Chinese demand has led to increased competition for methanol as a fuel substitute as well as lower global olefin prices, which have reduced the margin advantage of MTO,” Fitch said.

Methanol use for fuel blending is still expected to be a strong source of global demand growth as countries impose fuel-efficiency standards and seek to reduce their carbon footprint. “Methanol can be easily integrated into existing energy infrastructure, and blending methanol into gasoline produces a cleaner-burning, higher-octane fuel with lower emissions than conventional gasoline,” Fitch said.

The analyst see MTO demand as most at risk as it could be displaced by lower cost naphtha, but believe that North American producers will remain competitive in a pressured oil and gas price environment. “Access to low-cost natural gas feedstock will help buoy operating margins and help offset revenue declines from cheaper methanol.”

Engineering consulting firm Black & Veatch recently said that industrial natural gas demand is likely to grow steadily in the next five to 10 years, with the methanol and fertilizer industries expected to be primary drivers of the uptick (see Daily GPI, July 7).