Breakthroughs in finding and fixing methane leaks will be part of the U.S. focus later this month in the World Gas Conference (WGC) when the triennial event comes to Washington, DC for the first time in 30 years, June 25-29. 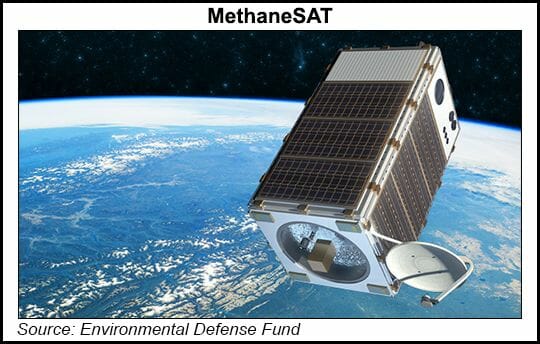 From recently disputed Obama administration policies for curbing methane emissions to the multi-year effort by the Environmental Defense Fund (EDF) and members of the oil/natural gas industry to reduce the emissions, the topic has remained in the news, and will be a part of EDF’s participation in the 27th WGC. The conference, “Fueling the Future,” is the “largest global gas conference,” drawing 340 sponsoring exhibitors and more than 12,000 attendees from 100 countries around the world. The organizer is the International Gas Union (IGU).

EDF through a virtual reality exhibit (Booth 3103) plans to show visitors on a hands-on basis how the industry can be more effective sealing off methane emissions and saving time and money doing it. Visitors will get help from a robot, “Bella,” to find and fix leaks.

Called “Methane CH4llenge,” the virtual reality learning tool takes users into a digitally simulated oil/gas field to highlight how industry can help solve what EDF officials refer to as “the important climate and energy challenge of methane emissions.”

EDF’s Isabel Mogstad, project manager for the group’s energy and innovation program, noted that the largest methane emissions “tend to come in random, unpredictable ways, which means better technology and monitoring are among the best reduction strategies.” EDF’s methane virtual reality experience puts the solutions in everyone’s hands, Mogstad noted. “What’s really exciting here is that methane is an opportunity for innovators who are creating new technologies, and a big opportunity in the data and analytics space. Oilfield digitization is a huge frontier for industry and methane management can be a big part of that.”

Among the more than 600 world government and corporate leaders, and natural gas experts speaking at the WGC will be EDF President Fred Krupp and the organization’s chief scientist Steven Hamburg, both of whom are expected to discuss “crucial trends and developments that make methane a central business challenge for companies globally.” Other areas that EDF hopes to help make happen involve discussions on socio-political-economic issues and future technologies that can help advance both the industry and the environment.

IGU member, the American Gas Association, celebrating its 100th anniversary this year, is the host association for this year’s conference. Host partners are Chevron Corp. and ExxonMobil Corp. while principal sponsors are Cheniere Energy Inc. and Tellurian Inc.. The world conference has not been held in the United States since 1988.

As it has with its programs with various industry players, consultants and organizations during the past few years, EDF will be using the IGU conference to discuss how changing energy markets raise the bar for the industry’s overall environmental performance, encourage greater advanced technology deployment, seek greater involvement from major global energy companies, promote its latest push for advancing methane research through advanced satellite use initially focused on the oil/gas industry.

EDF plans to launch a satellite into space to track and measure methane emissions, initially from the oil and natural gas sector, using its MethaneSAT. It should launch in late 2020 or early 2021 to identify global methane emissions from human sources.

Separately, EDF has partnered with oil and gas companies on the Methane Detectors Challenge to help companies improve their tracking and control of methane leaks to better manage them as a long-term business risk. Royal Dutch Shell plc, Equinor ASA (formerly Statoil) and Pacific Gas and Electric Co. are each conducting demonstration projects on next-generation methane sensors.

(NGI is a World Gas Conference Sponsor and will be hosting a booth featuring its newsletters, data and maps. Be sure to check out our latest service, Mexico Gas Price Index, as well as an on-site TV screen streaming live World Cup soccer action. Enter to win a autographed and framed Lionel Messi jersey. You can find NGI at Booth 1208, near Excelerate Energy and Venture Global LNG.)